There has not been too much news on the PC version of Assetto Corsa, since its last update released. This changed today, when Kunos Simulazioni announced on Assetto Corsa’s social media channels that a new DLC – Ready To Race – will land next Thursday, May 18, on Steam and will bring some long-awaited cars to the game. As usual, console users will have to wait a little longer. Waiting should not be too boring though, since other console content is on its way as well. A new PC version update will be released too.

Separately from the DLC, a new version of Assetto Corsa will also roll out on PC on May 18, bringing the following improvements.

This what you are here for, the new cars. A total of ten cars will be included with the DLC:

With its older brother, the R8 LMS 2014, already available in-game, the R8 LMS 2016 will make a nice addition to the already large array of GT3 cars in Assetto Corsa. The R8 LMS is a prime example of German engineering, that was already able to clinch first place in three (!) of the global 24H races – Nürburgring, Dubai and Daytona. 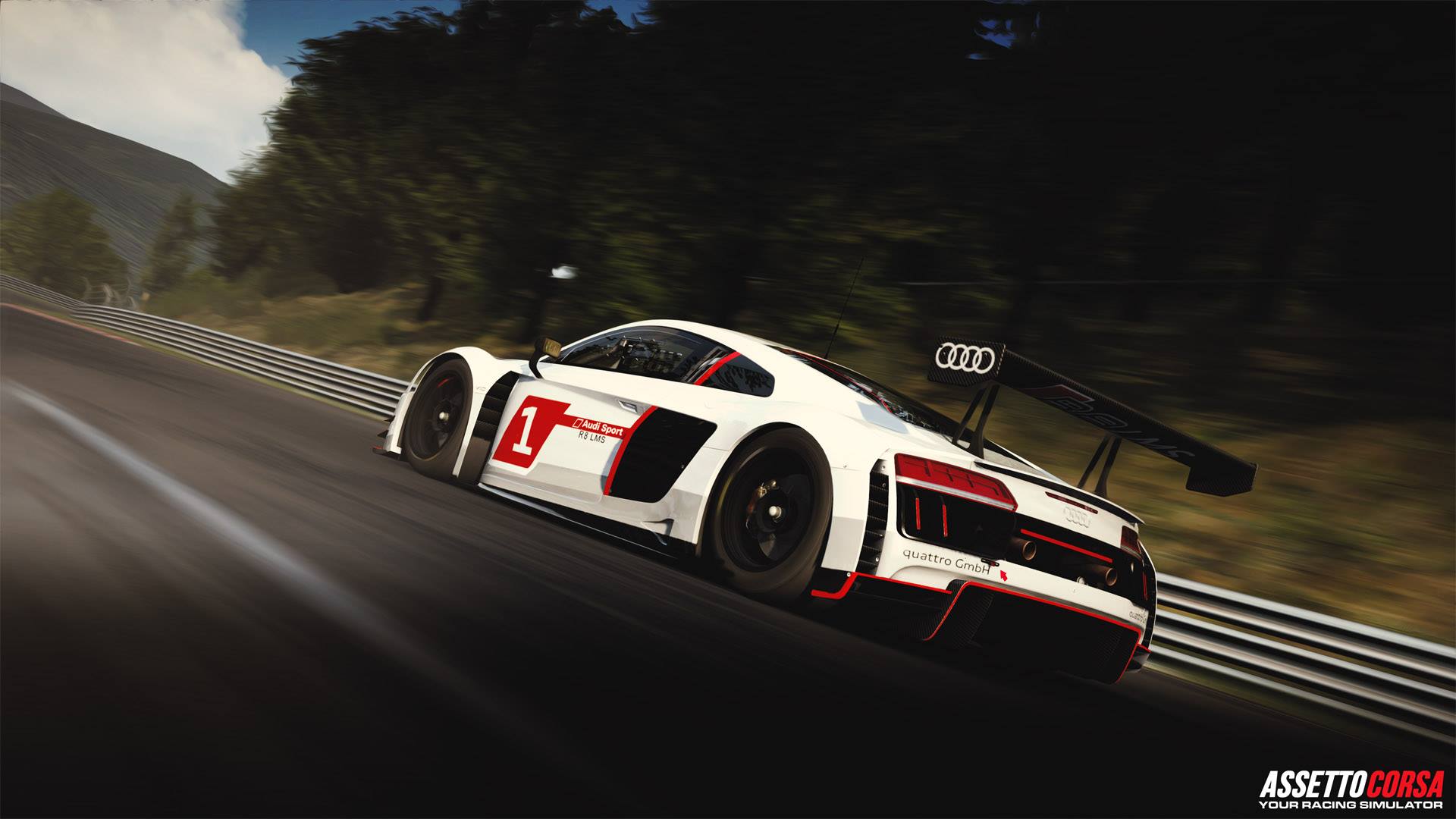 Like the R8 LMS 2016, this car does not mess around. It is the third evolution of the 2012 Audi R18 e-tron Quattro, which was the Le Mans prototype to implement a hybrid drivetrain and win the race not once but several times. Its rear wheels are driven by a diesel engine and the front wheels can optionally be driven by a electric motor, which can also recover some of the braking energy. 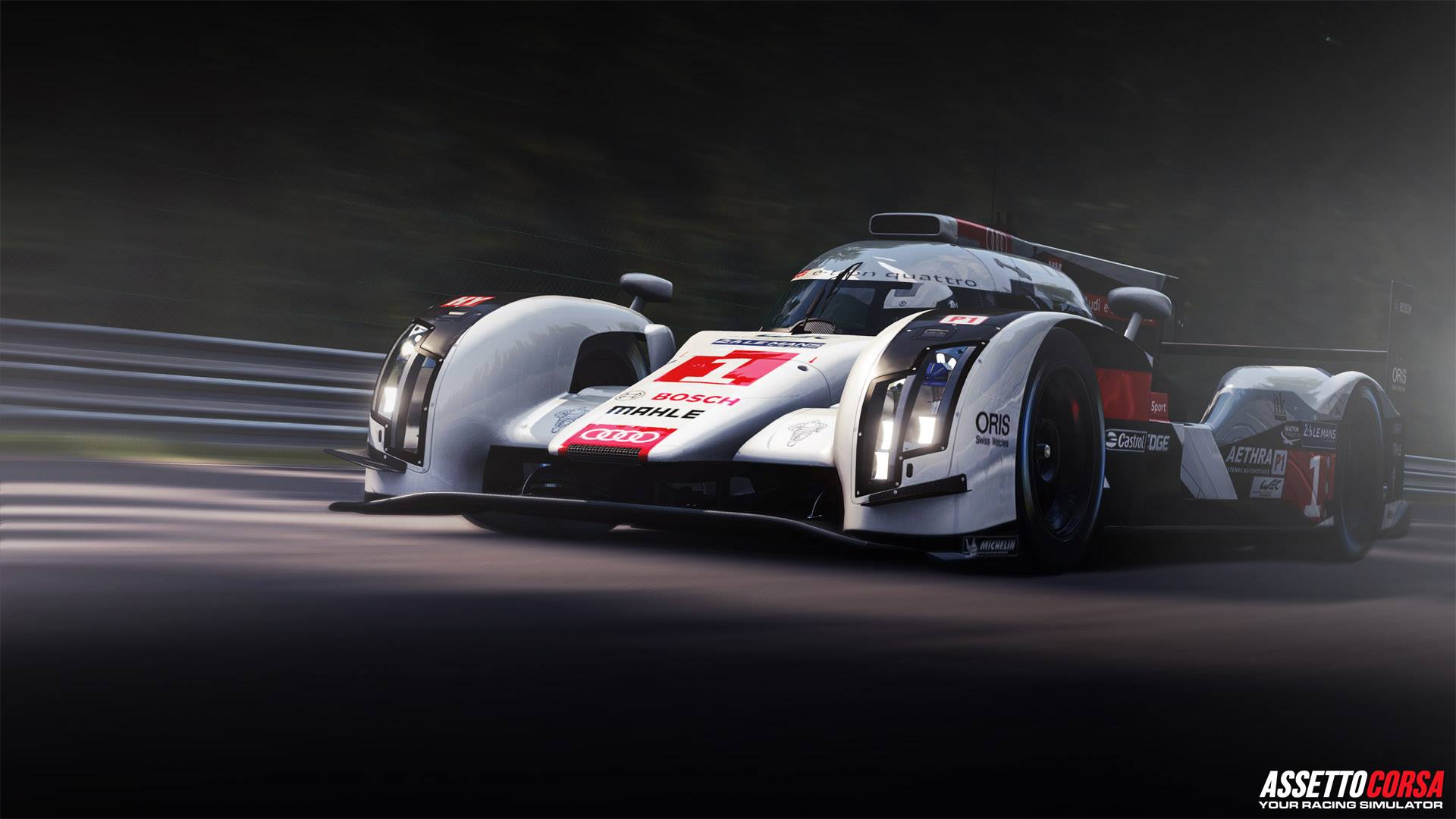 The third Audi in the pack is the star of Audis own entry-level racing series, called the Audi Sport TT Cup, which made its debut in 2015. The Audi TT Cup car’s in-line 4-cylinder engine is able to put out up to 330 horsepower. The stripped-out race-spec TT will surely make for some close racing action at relatively moderate speeds and will be great for improving one’s racing line. 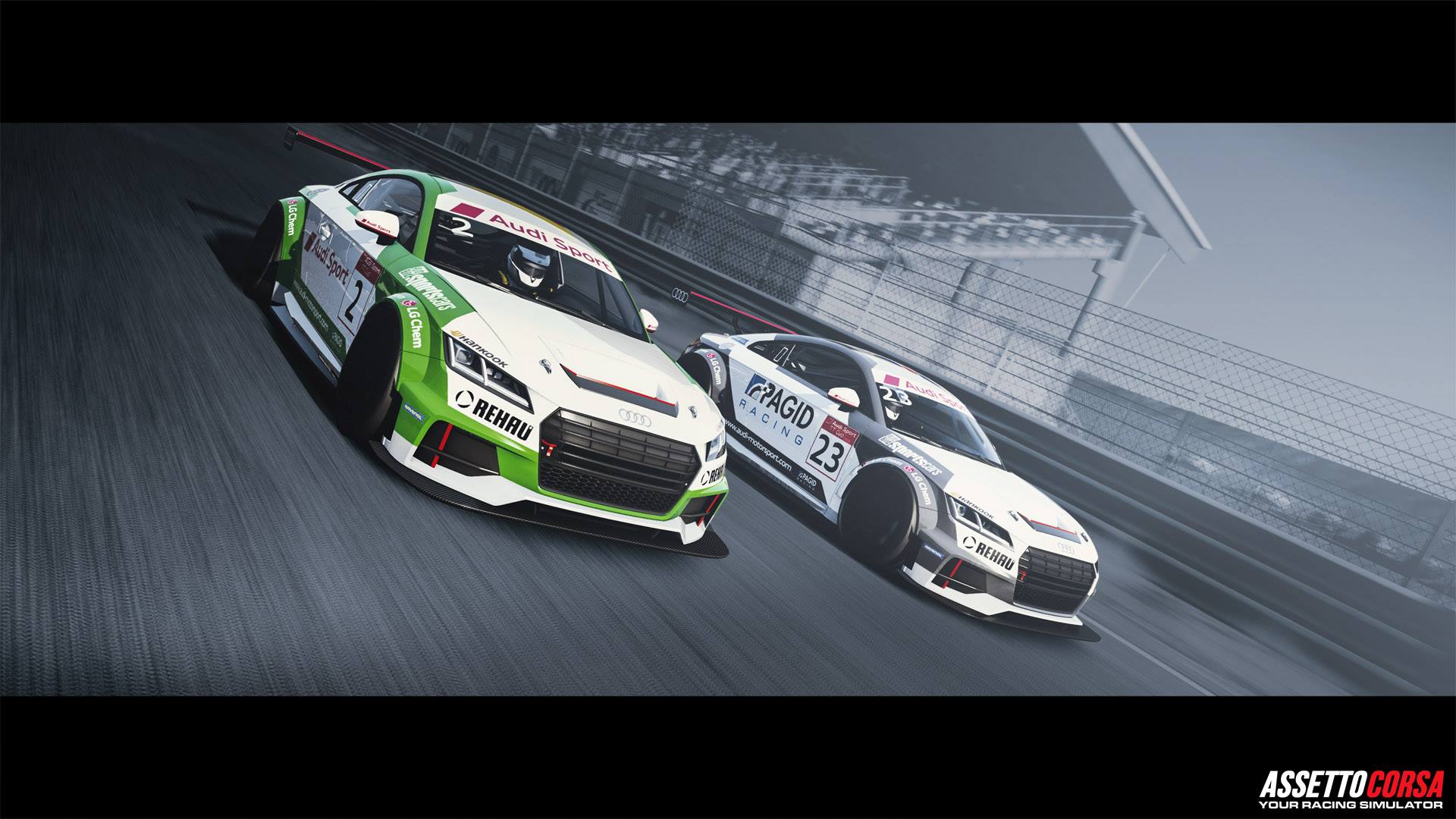 The second TT and also the last Audi of the DLC is the TT RS (VLN). The “VLN” in the name already gives it away, this car was made for the Nordschleife. Producing just under 400 horsepower with a five-cylinder engine, the TT will require precise handling around the Green Hell, especially when taking its front wheel drivetrain into account. 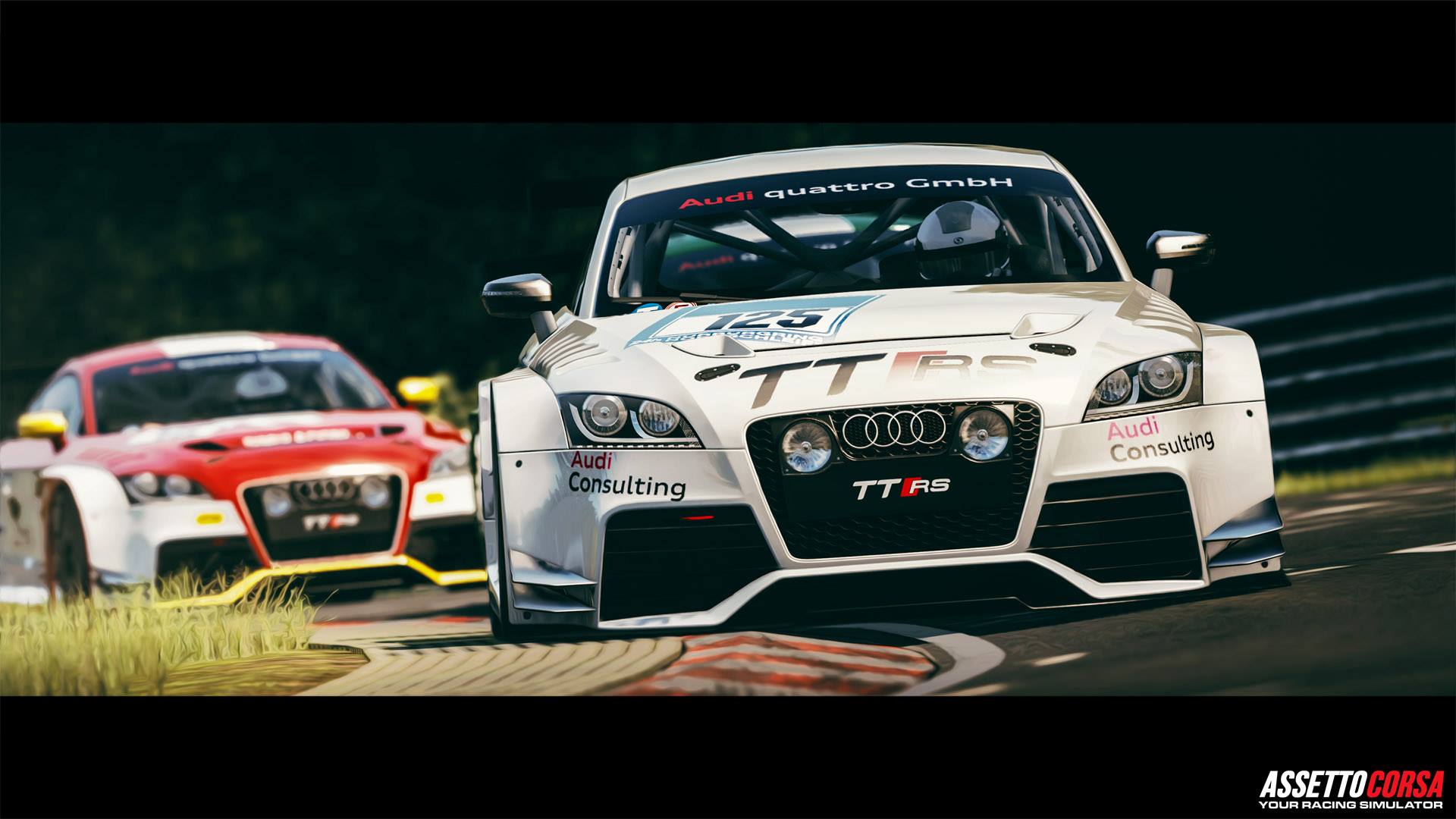 The 3-Eleven could easily be written off as one of many Lotuses in Assetto Corsa, wrongfully so. Its V6 engine is able to crank out 410 horsepower and with a weight of only 910 kg, it is capable of immense manoeuvres on track. A race version is available too, which weighs less and goes even faster. 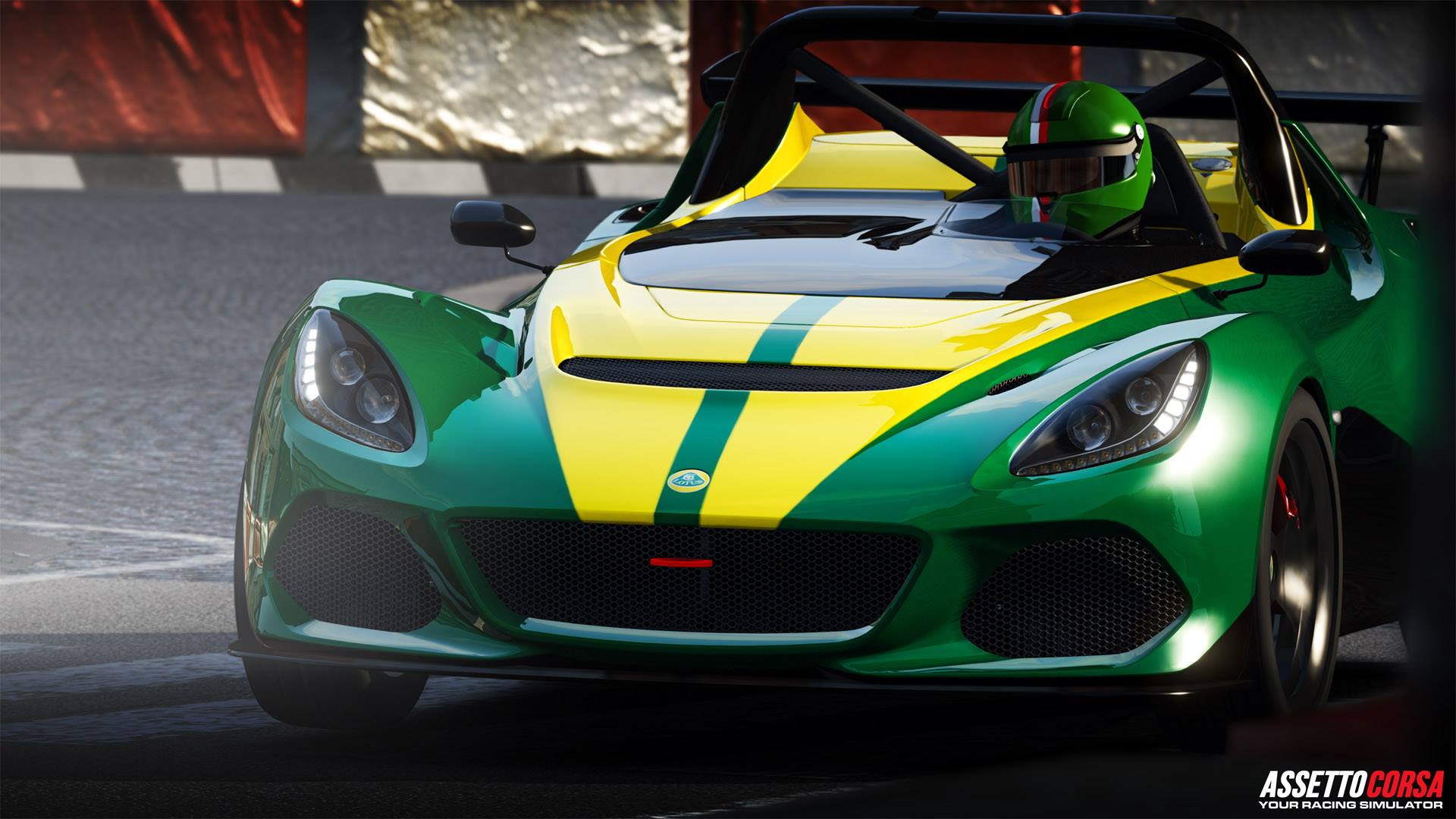 Assetto Corsa’s third GT1 car will not just be any car but the Maserati MC12 GT1. Being powered by the same engine as the iconic Ferrari Enzo, producing 620 horsepower, and being specifically built for the track, this is one monster of a car. No wonder that the MC12 was able to win three Fia GT driver’s championships, two constructors championships and one FIA GT1 driver’s championship. Fun fact it nearly won every second race it entered. 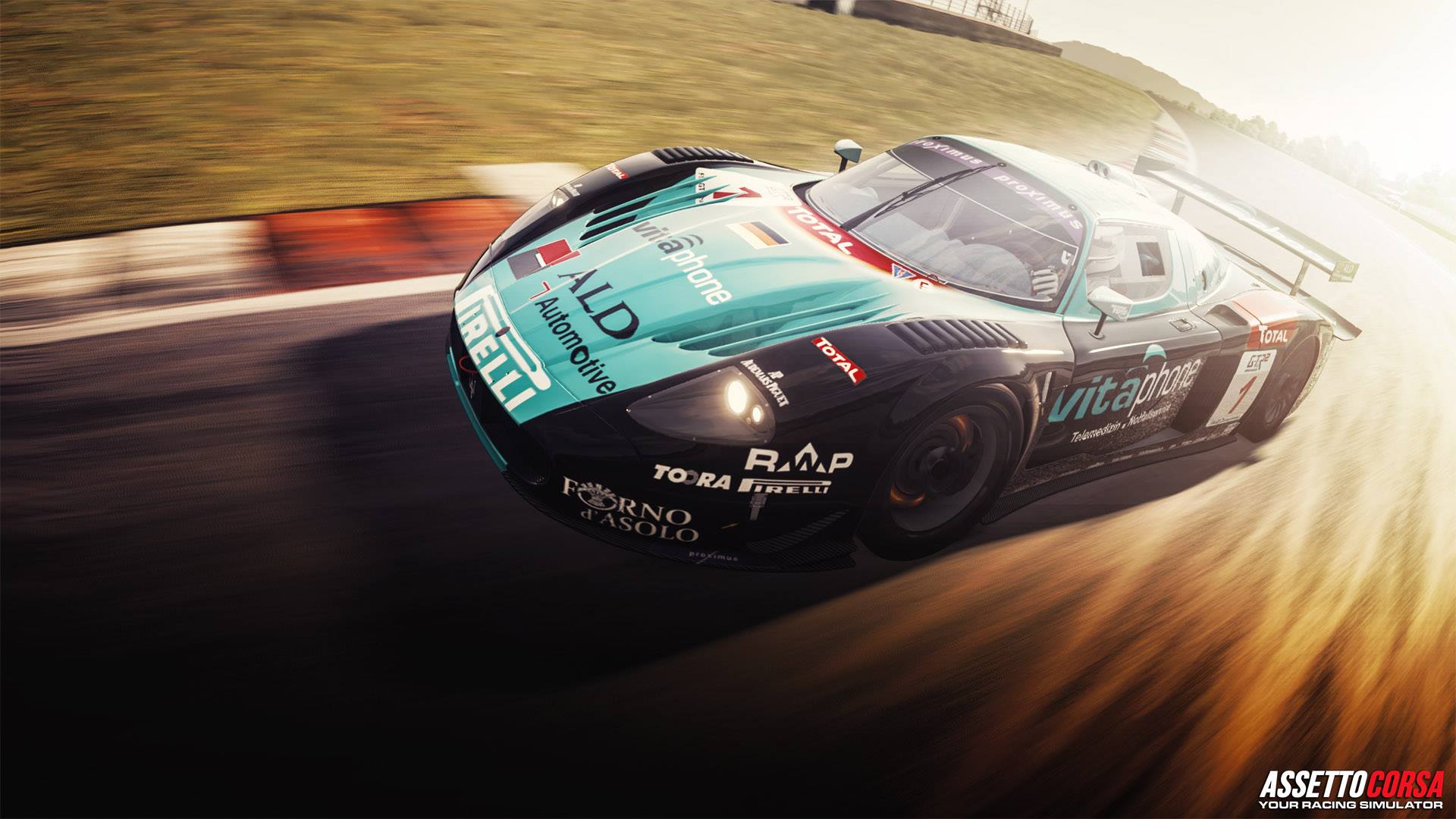 What is being described as an entry-level supercar, still produces 570 PS, hence the name, and can manage the sprint from 0 – 100 km/h in 3.2 seconds. Still McLaren laid the focus on the day-to-day usability of the 570S, making it a very complete package and a serious competitor for the already available supercars in Assetto Corsa. 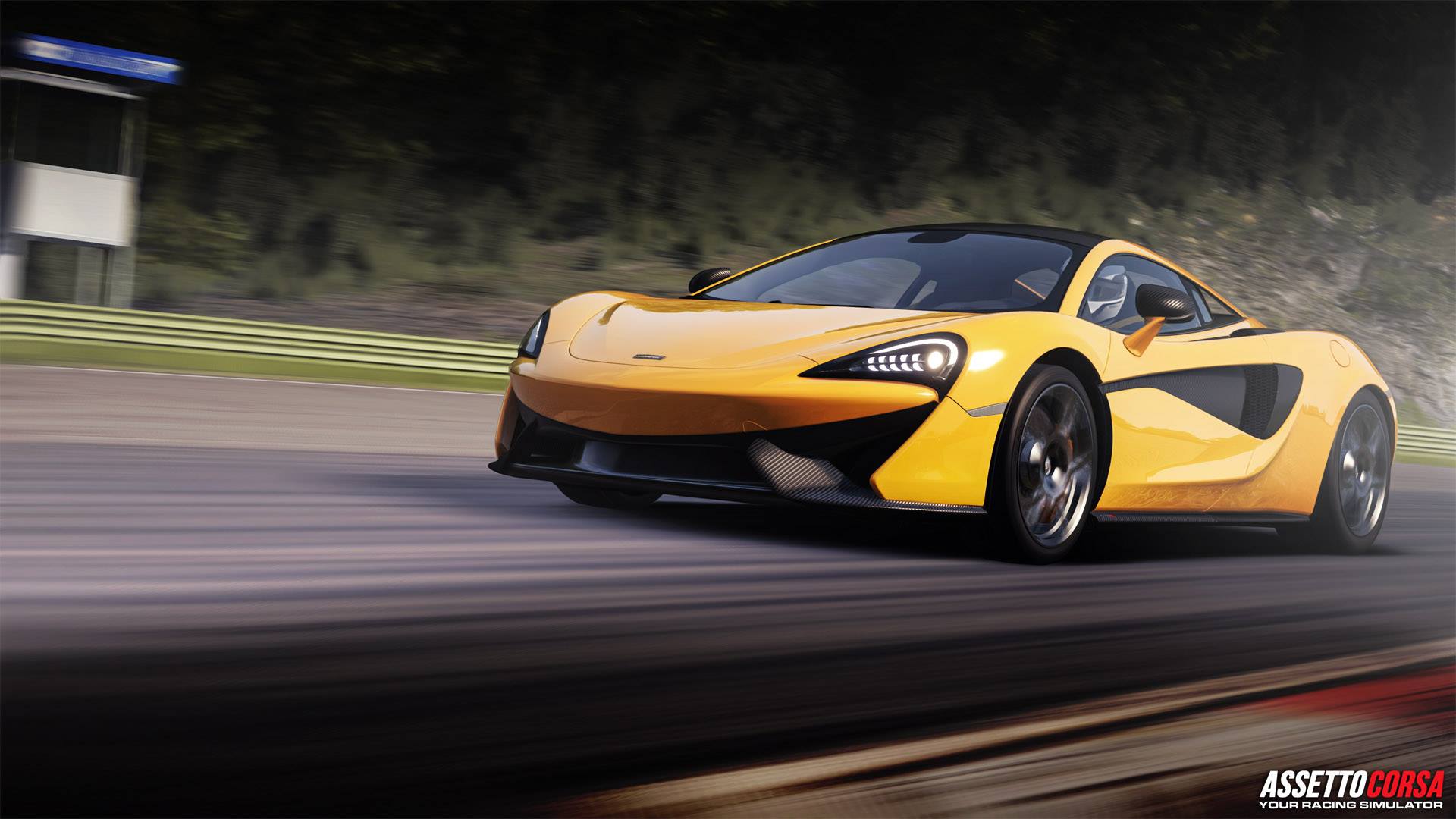 Not so much entry-level is the McLaren P1 GTR. Like its road-going counterpart, the P1, which is also available in Assetto Corsa, it has a hybrid engine. Though this one produces 1000 PS. It will get you from 0-60 mph in just 2.4 seconds, but if you want to experience this acceleration, you are out of luck. Only 58 cars were built and all of them are sold, even though they cost around 1.9 million GPB – You will have to settle with the virtual version instead. The P1 GTR will make a great play mate for the already available Ferrari FXX K. 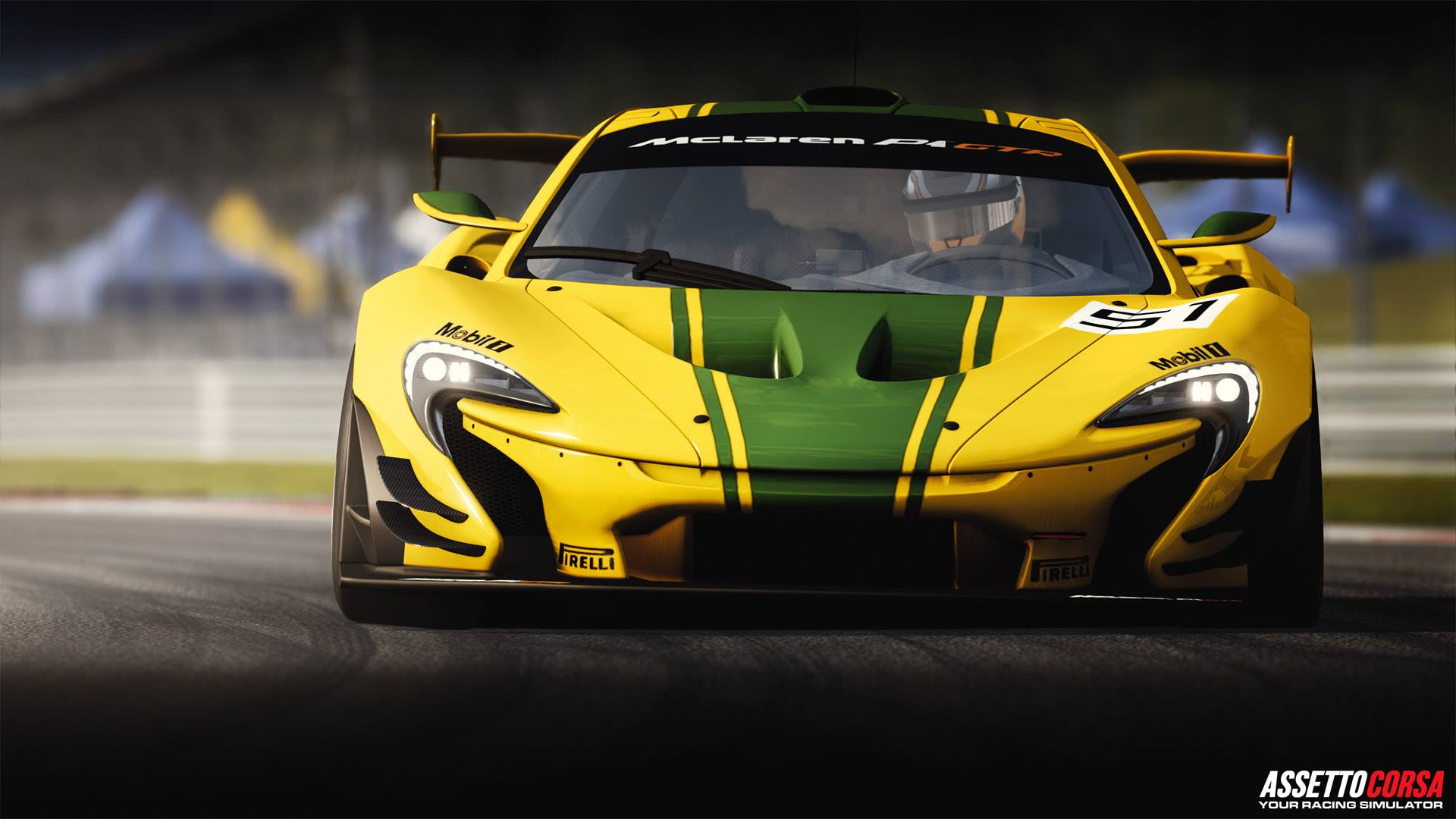 The first of two Japanese cars in the car pack is the Toyota Celica ST185 Turbo. The Celica GT-Four was originally meant for competing in rallying, but road-going versions had to be built as well for homologation reasons, what a petty. The ST185 is the second iteration of the GT-Four and its in-line 4-cylinder engine produces 222 horsepower. Its rallying pedigree and unmistakable design make the car a great addition to the game. 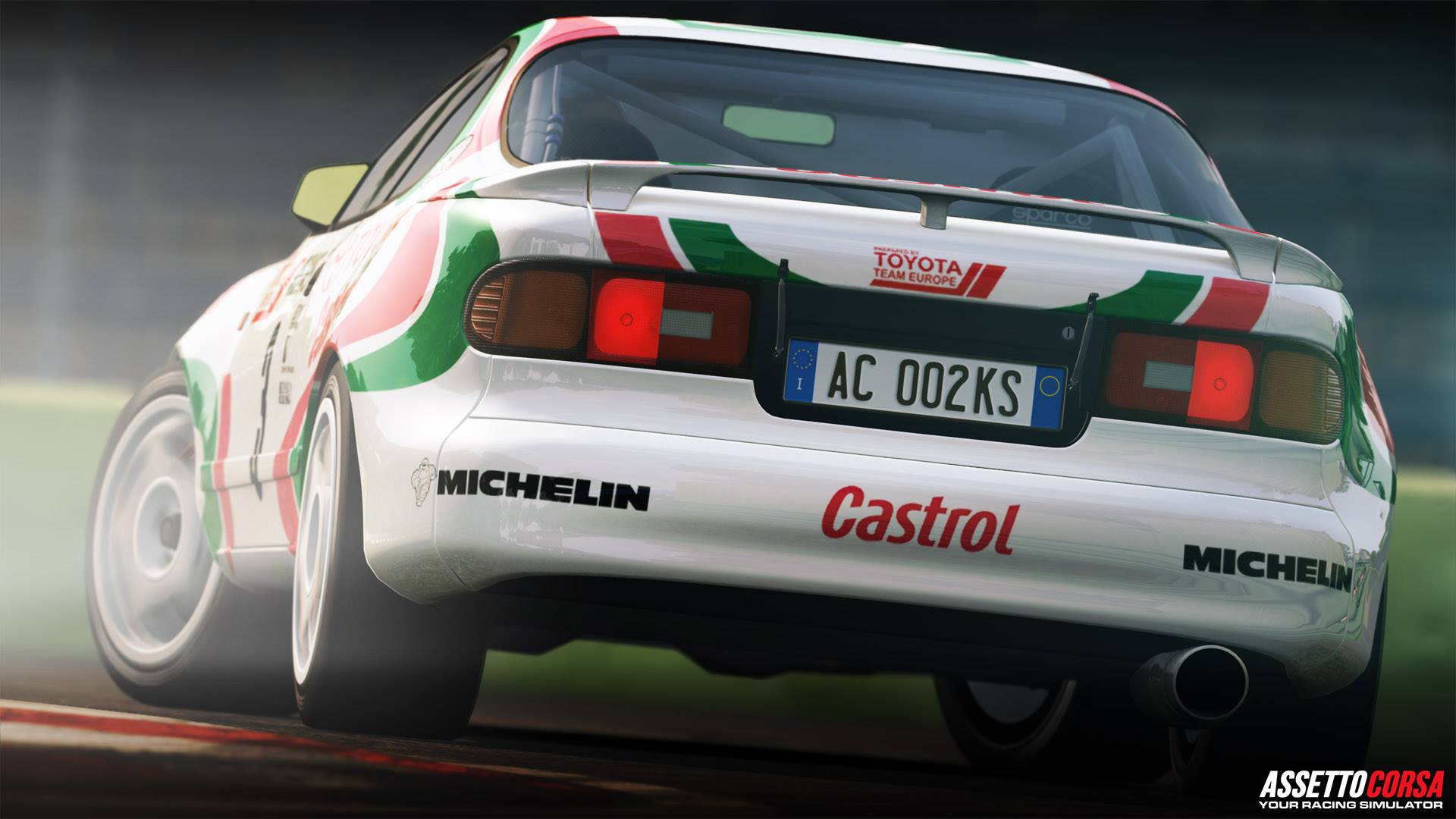 Last but certainly not least is the Toyota TS040 Hybrid. Although Toyota may not be the first manufacturer that comes to one’s mind when thinking of prototype racecars, the TS040 was a very serious competitor. So serious in fact that it was able to win the 2014 driver’s and constructor’s championship in the FIA WEC season. Since it races in the same class as the other two LMP cars in Assetto Corsa, nothing stands in the way of some future prototype racing action. 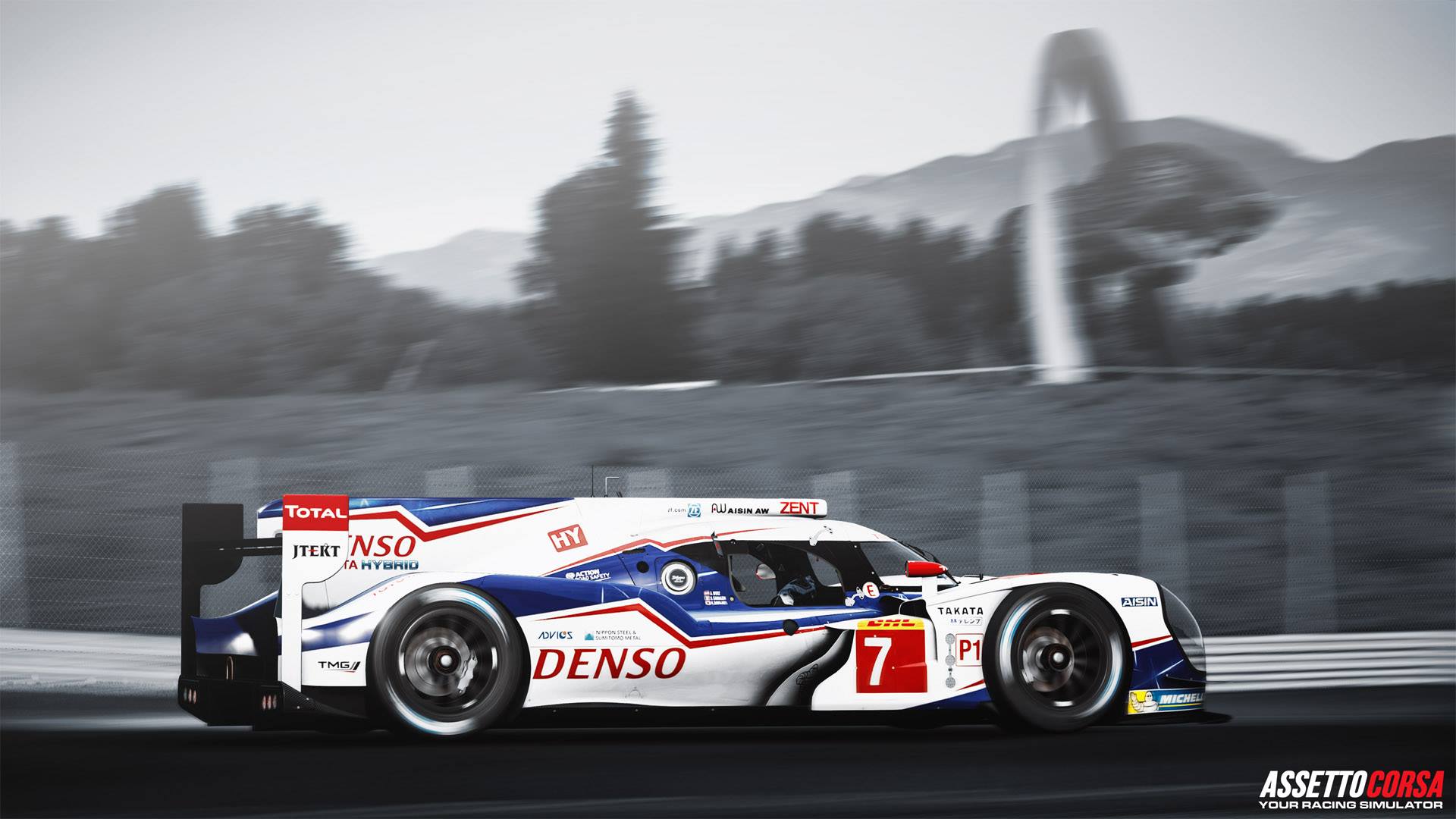 Pricing for the DLC will most likely be announced in the coming days.