It was a little over two weeks ago, when Kunos Simulazioni announced that the Ferrari 70th Anniversary Pack was coming to Assetto Corsa as soon as this autumn. Together with the announcement came a poll, allowing the community to vote on the seventh car to feature in the pack. The poll has now ended and the results are in – one or the other might be surprised.

The SF70H is Ferrari’s newest F1 car, currently competing in the 2017 F1 season. Its drivers, namely Kimi Räikkönen (7) and Sebastian Vettel (5), were already able to prove that the SF70H is right up there to compete for this year’s title. In fact, Vettel is currently leading in the Championship standings.

Especially the aerodynamics played a role in the success of the SF70H’s success so far. Most of them are a result of the design work done by Ferrari’s Chief Designer Simone Resta.

To clear up any possible controversy, Kunos Simulazioni has provided the detailed results of the poll. 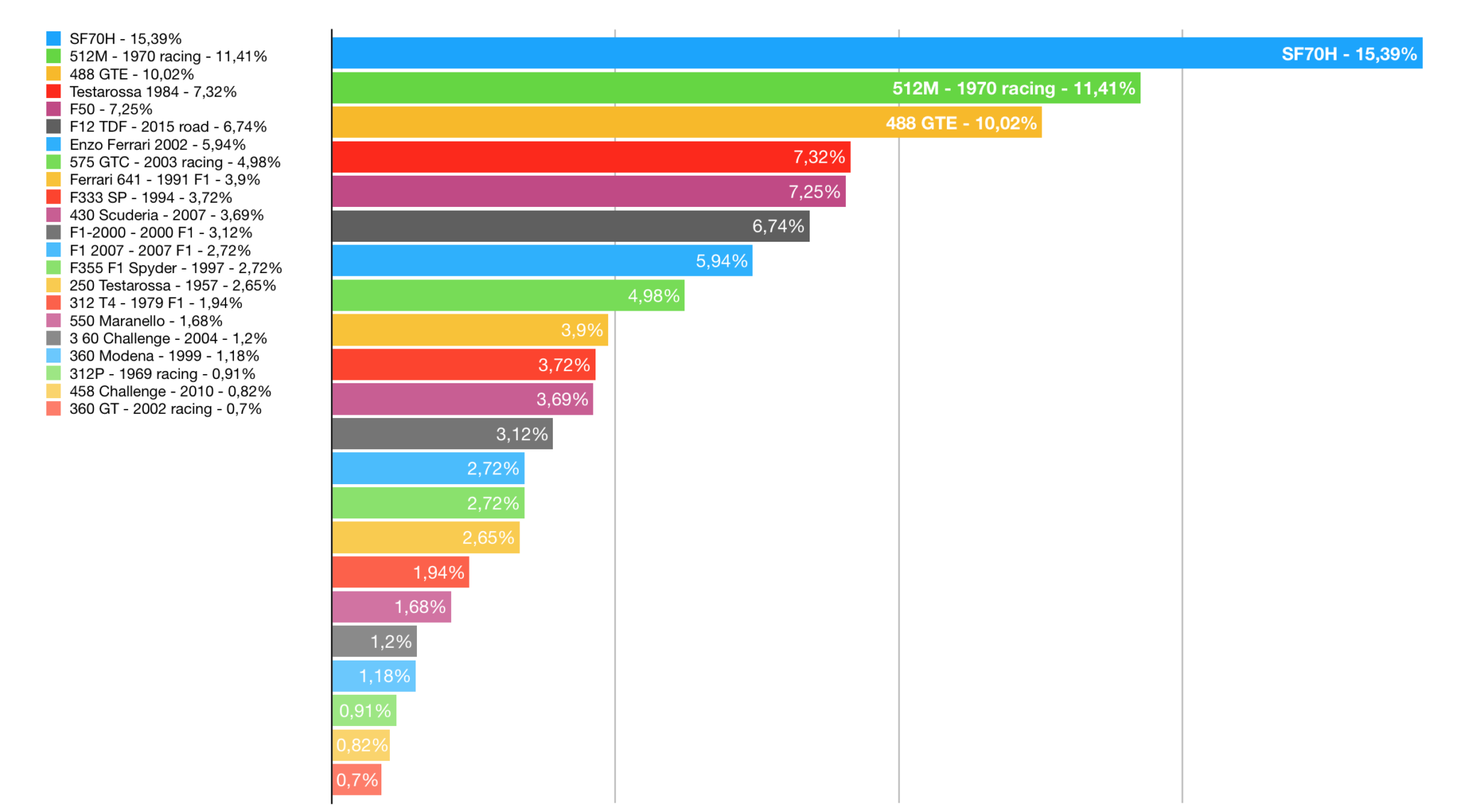 Although many might have expected a classic car to win the poll, this was not the case. The first classic car in the list, the Ferrari 512M, was only able to achieve roughly 75% of the SF70H’s votes. A solid win for “Gina”, as Sebastian Vettel likes to call the SF70H.

Assetto Corsa will therefore be the second game to include an officially licensed F1 car from the 2017 season.

The complete list for the upcoming Assetto Corsa DLC

So, here are all of the cars that will come with Assetto Corsa’s Ferrari 70th Anniversary Pack this autumn.