If you have been watching the show and keeping up on things, then you are well aware of Darin and my trip to SimXperience. We have talked about it on several occasions and already have put out other videos, photos and articles about it. This piece here really focuses on one thing in particular, the Accuforce wheel.

The Accuforce is a new high end force feedback wheel that has been under development by SimXperience for quite some time. The version that we were able to drive is still a prototype model that isn’t that far off from being completed. It is built around a massive single brushless motor that looks nothing like the motors within a Logitech, Fanatec or Thrustmaster wheel. The motor itself is about 8 inches squared and has a drive post as large as a real car steering shaft. The wheel then bolts directly to that shaft and there are no gears, belts or secondary mechanisms to have problems with. This motor is no off the shelf unit and Berney of SimXperience has focused most of his energy on the internal design. 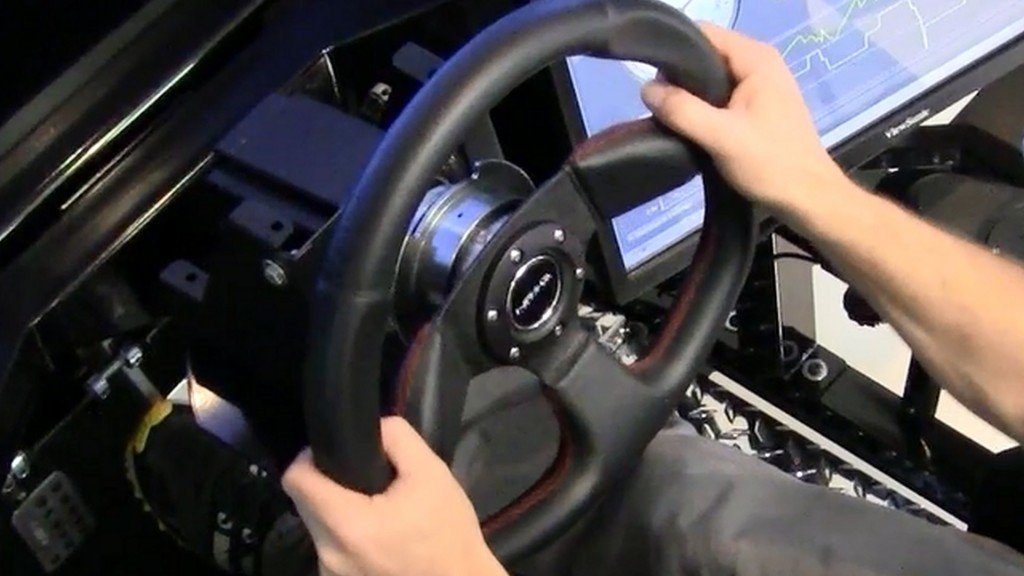 What is still missing from this prototype version are an enclosure to make it pretty, some buttons to make it multi functional and some paddle shifters to make it modern. The wheel is mounted via a quick release and that also implies that you could use any wheel you want in the future. The wheel that we drove with was a gt style racing wheel that literally came from a real car catalog.

As of now, the Accuforce wheel is being controlled by the same force feedback signals that most other wheels are using today. The next phase of this wheel is for it to be controlled by Sim Commander, the software that is made by SimXperience and controls both Simvibe and their motion systems. This software is completely tune-able and will allow you to personally dial in the force feedback to your desire. This is going to include many more options then what we are accustomed to now using Logitech, Fanatec, or Thrustmaster software. You will also be able to create different profiles for different cars, simulations, or driving situations to further enhance the wheels force feedback abilities.

Driving this wheel was a dream experience for us both. Darin and I both were completely blown away with the way this wheel felt from the moment we first turned it. Its direct drive is so smooth that it can only be compared to the ECCI or the Bodnar wheels or even a real car. Even the Frex has more friction when just spinning the wheel and cant be in the same class as the others mentioned there.

The other area that this wheel excels so much is in the lack of flex or any sense of slop at all. The directly mounted wheel to the shaft allows the wheel to have no flex at all. As mentioned, we drove the wheel using the same software interface that controls all other wheels at this time with SimXPerience firmware. We drove with the force feedback turned up enough to be a work out for body builder and to the point of sweating for us. Even with that much force feedback, the delicate touches of a curb could be felt loud and clear. There was a wonderful weight lifting sensation when traction would begin to be lost. It really stands above the competition when it came to saving the car or driving it beyond the point of control. Driving this wheel will make you question what you have been feeling in the past. The Accuforce wheel was the perfect combination of high force feedback without fighting you to much. There is no additional friction or flex to take away from any sensations. 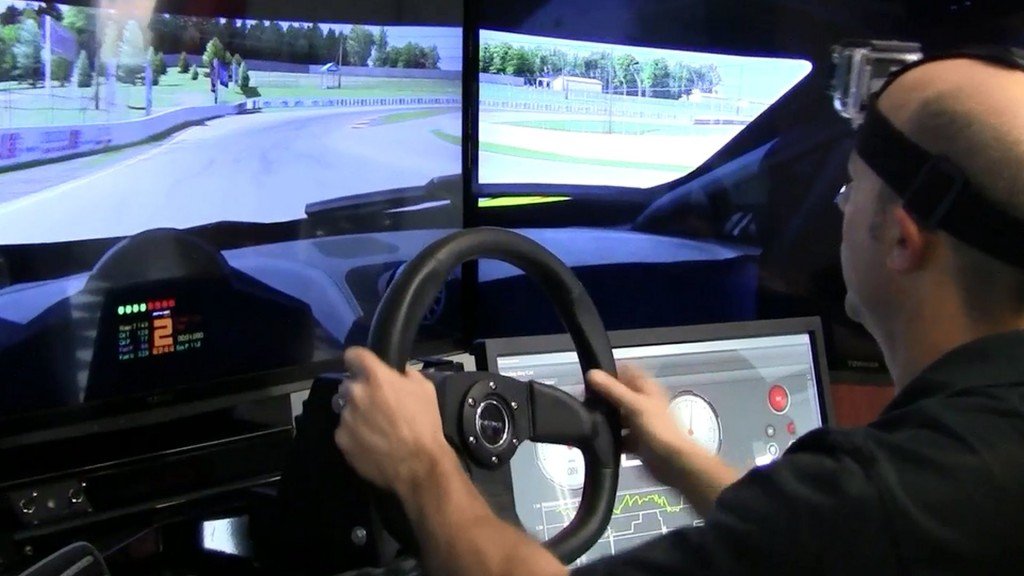 The Accuforce is still under development by SimXperience and there is no certain date of release as of now. We can tell you that they are not far off and that most of the hard development work is behind them. As far as price goes right now that is also an unknown. But the good news is that it looks like it should come in well below the price of a Bodnar Wheel.