With the impending release of dirt racing for iRacing, a lot of people are curious about how the SimXperience Rear Traction Loss module will work in an environment like that.

I’ve had numerous requests to show how the Stage 4 racing simulator performs running with DiRT Rally and figured this would be a perfect chance to sow off the SimXperience Rear Traction Loss. 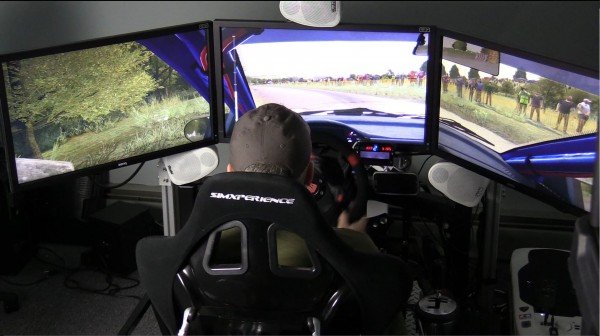 In this thread in the iRacing forums, Todd Bettenhausen is working on plans to integrate the rear traction module with a static chassis, spefically one built with 80/20 extrusion tubing. Also in response to the demand for this setup, Berney Villers of SimXperience will be making the complete rear traction loss module available for sale without having to purchase the Stage series chassis.

If you’re interested in a full Stage 4 Simulator, which I highly recommend if you have the budget, it can be purchased here at the SimXperience website.

I hope you enjoyed this look at the Stage 4 in action with the SimXperience Rear Traction loss module in DiRT Rally. I had a blast running it !

More coverage of the Stage 4 simulator coming soon on Inside Sim Racing.