Electronic Arts and Porsche have had a working relationship that has spanned almost sixteen years when it comes to licensing the German sports car manufacturer’s products represented in EA’s racing titles. This year that relationship is ending and it will no longer be a mutual one. Porsche themselves have initiated the necessary steps to sever exclusive ties with EA, stating that they wish to diversify as the current arrangement was no longer beneficial to either party.

Once the almost exclusive virtual property of Electronic Arts and many a Need for Speed title, with a smattering of early Forza titles thrown in. The break with Porsche now opens the doors for officially licensed Porsche cars possibly appearing in other sim racing based titles. As you all may know by now, the Italian studio, Kunos Simulazioni is the first major simulation maker to have secured official licensing and support from Porsche AG outside of the EA agreement.

At a recent event held at the Italian’s headquarters in Vallelunga, the German website SpeedManiacs.com recently posed the question to Sebastian Hornung, manager of Porsche Branded Entertainment, regarding the imminent split with Electronic Arts. The answer was concise and definitive, below is a translated version (translation performed by snowgt who shared this originally with our friends at GTPlanet) of the main reason for the split:

According to Sebastian they were also always following what was going on in the gaming industry aside from EA. The license with EA runs out this year, because together they arrived at the realisation that the current situation was not desirable anymore. 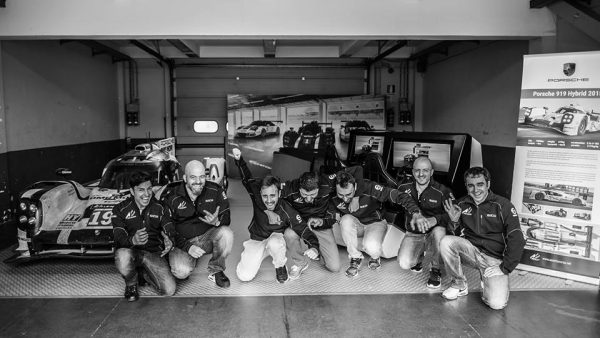 With the new partnership between Kunos Simulazioni and Porsche AG only just beginning to publicly bare fruit, it is abundantly clear that the relationship between the two companies is already at an advanced level of cooperation. The licensing agreement is not just another string in Kunos’s bow, the Assetto Corsa makers are extremely proud of the work already completed and are looking forward to many years of fruitful partnership with Porsche.

Although Assetto Corsa may be first to market with new official Porsche content, that is not to say that Porsche vehicles will not be appearing in other titles or franchises. Understandably, some of the major players in the sim racing world are salivating at the prospect of adding official Porsche content to their titles. To name but a few, Slightly Mad Studios, Playground Games and Gran Turismo are all angling to include the German marque’s cars to their garage line ups.

The sim racing  future for Porsche fans is bright, with some of the big studios making plans of their own, sim racers can look forward to 2017 and beyond as hopefully more and more Porsches appear on the sim racing scene!