Sky Sports Television in the UK recently produced an interesting segment about tracking an F1 driver’s eyes. F1 Force India driver, Nico Hulkenberg donned a special pair of glasses with built-in infra-red sensors to track his eye movements whilst driving the Force India VJM09 F1 car on track. This method of eye tracking gives us a seldom seen view from the driver’s eye position inside his helmet. Actually, comparing this video to using the Oculus Rift or Vive, the HMD produces an almost identical view to the real thing!

An interesting aspect is that the comparison made between an average person’s eye movements and, in this case, Nico’s eye movements, is the difference in the time that is required for an average driver to see something in a rearview mirror and process the information. For an average person this is close to half a second. In Nico’s case, he has trained his brain to process the information he receives in one tenth of a second, this is approaching the very minimum amount of time the brain requires to recognise and process what Nico sees! 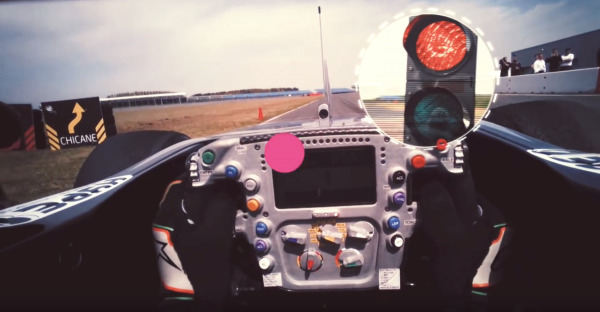 During the video, Nico is also quizzed on what he actually looks at when out on track, basically he is fixated on the approaching apex and spends up to a few seconds focusing on each corner’s apex, ensuring he gets the corner right before focusing on the following one. The German driver is also put through a simulated race start procedure to test his reaction time to the lights. Nico’s reaction time to the light going from red to green and then launching the car is under one tenth of a second!

The video is quite informative, although maybe not strictly scientific in the truest sense of the word. Insight into what a current F1 driver sees from behind his visor is not a subject that is broached on a daily basis, making this video definitely worth watching! 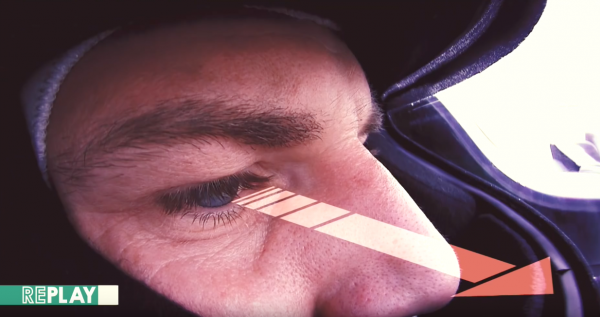