A couple of weeks ago we brought you some awesome video of Mark Higgins in his Gran Turismo branded WRX STI Subaru flat out on The Isle Of Man TT circuit. Today we have probably the ultimate video for you, actually the one that most people have been waiting for, a full onboard lap with in-car audio and Mark narrating his lap of the treacherous TT motorcycle circuit.

Mark explains his build up to the lap and describes the car’s handling, the differences between the 2014 WRX and this year’s version and how it has been improved upon in the interval.  One thing that stands out for me is the level of commitment Mark has whilst driving the circuit! To drive between buildings on public roads, at over 170 mph or 273 kmh earns him this year’s ”balls of steel” award! From inside the car it looks quite relaxed, luckily we have a G meter and heart rate monitor to see just how much physical strain is being put on his body during the lap. Interestingly, his heart rate goes up when braking for some of the tighter corners.

Another cool feature of this year’s Subaru is that it is equipped with DRS or Drag Reduction System! Just as in the highest form of motorsport, DRS can be selected on certain parts of the circuit to boost straight line speed. Going along for the ride on this occasion, I am sure most of you would agree that the record breaking lap is in a league of its own! It is a huge achievement to drive flat out on this most fearsome circuit, where the margin for error is virtually zero and at any time, the TT circuit can and will try to kill you. Congratulations to all involved in this record breaking attempt. 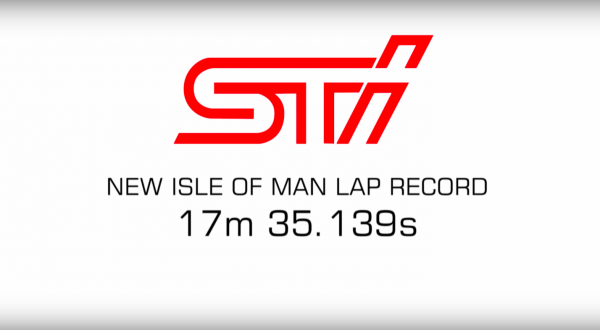 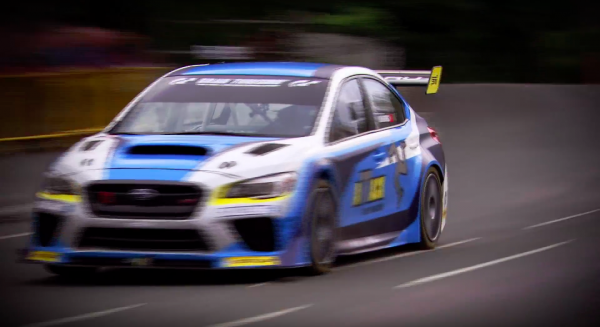 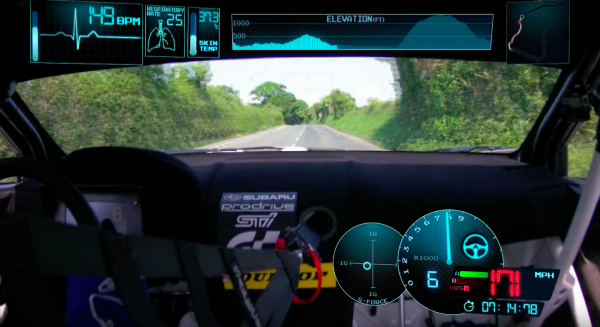