Another month has passed, which can only mean that another Gran Turismo Sport content update is due. And as per usual, Polyphony Digital has delivered, treating GT Sport users to five new cars, a Japanese race track and more.

Five Icons and One of Japans less-known Tracks

Let’s start with the cars first. You have probably heard of all of them, as they all represent major names in motoring history. The list runs as follows:

What you probably haven’t heard of, is Japan’s Autopolis, located by Kamitsue village in Ōita Prefecture.

Most likely, this is due to the fact that the venue has only been host to one (!) international race since its opening in 1990 – the final 1991 World Sportscar Championship race – won by none other than Michael Schumacher.

Efforts to host an F1 race remained fruitless. Today, the track is owned by Kawasaki and runs various car and bike races, which most notably include Super GT events too.

Polyphony has included two variants of the track with this month’s update – the international Racing Course layout and the Short Cut Course.

To highlight the new Toyota Supra, a corresponding GT League event was added too. 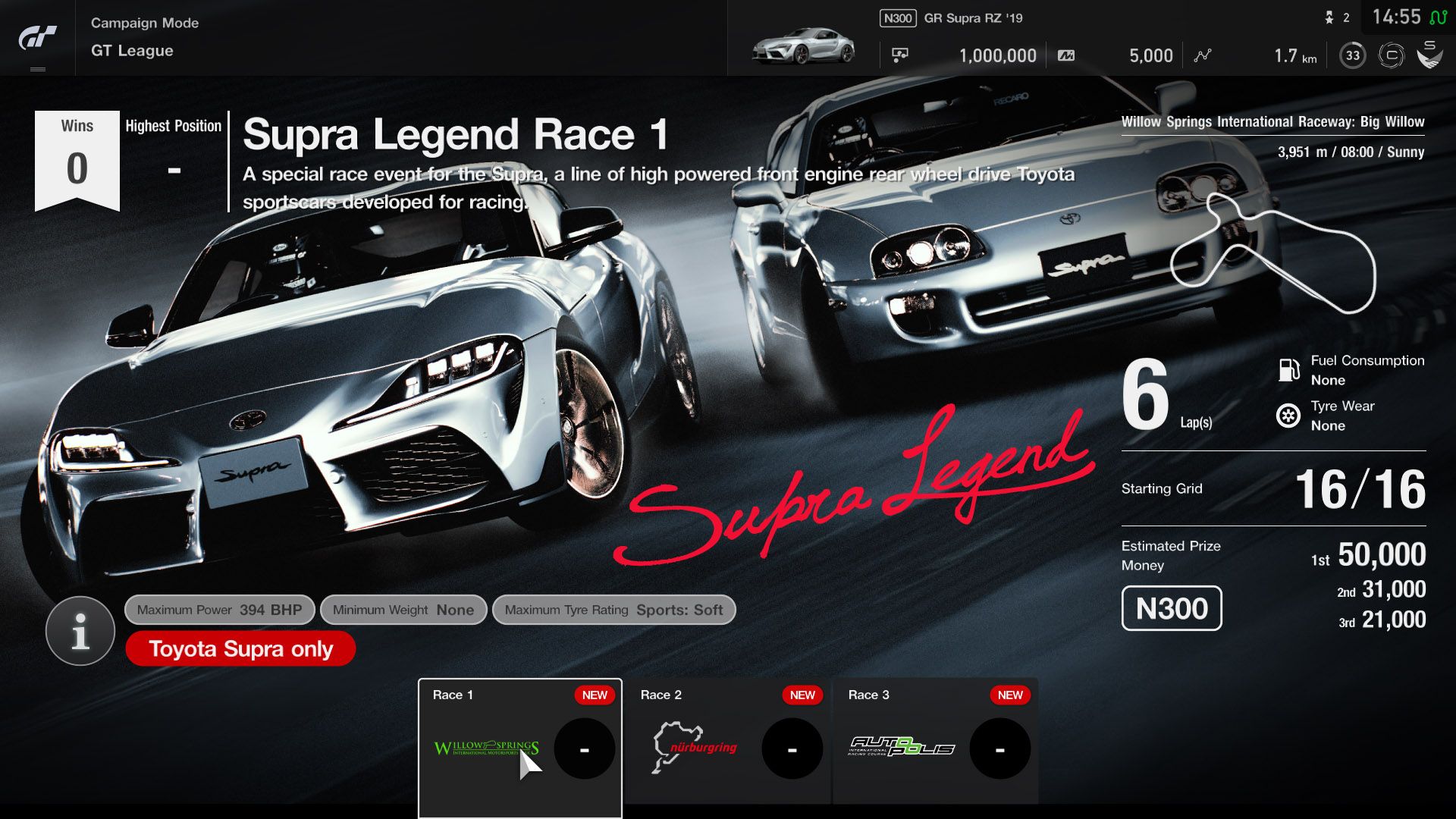 But that’s not all.

■ Endurance League
1 new round added to the ‘Gr.3 Endurance Series’.

And finally, Autopolis has become a part of the Scapes section too.

The update is now live and can be downloaded for free on a PlayStation 4 near you.

For the March update, Polyphony has conveniently provided two portrait images per car as well – ideal for being used as a new phone wallpaper.