Gran Turismo Sport is as real as never before and is set for release this autumn. On another note, president of Polyphony Digital and visionary behind the Gran Turismo series Kazunori Yamauchi took the official PlayStation YouTube channel on a studio tour, providing us with some great and rare insights. You can view the tour above.

What do we get to see?

The video starts off with some info on how the Gran Turismo series came about in the first place. The background shows some cinematic shots of Tokyo’s city life.

After seeing some Gran Turismo Sport gameplay on the Nordschleife, the video transitions to the actual tour.

The first thing we notice is that the man behind Gran Turismo has a terrific taste in cars! He pulls up in front of the offices in something that looks like a Porsche 996 911 GT3.

Once in the building, we are surprised by the rather industrial look of the facility. Not too much colours to it, strictly made for the purpose. Yamauchi explains that he wanted the studio to be somewhat like a college campus.

Polyphony Digital currently has 200 employees, of whom everyone has a different job which cannot be done by anyone else. As a result, every single employee is irreplaceable, according to Yamauchi.

Interesting is also the reference material the team was able to gather over the years. This just shows what goes into such an enormous endeavour like Gran Turismo Sport.

Of course, Polyphony also has a vast array of trophies and awards to show off.

The small details are the ones that really show Kazunori Yamauchi being a man of great passion. For example, his studio monitors for his gaming setup are mounted on stands to reduce the vibration and the transfer of energy to surrounding surfaces. Lots of his musical or camera equipment is organised in boxes as well.

Moving to his desk, you might be surprised that, apart from again raised studio monitors but this time different ones, Yamauchi has an electric piano sitting right in front of his desk. 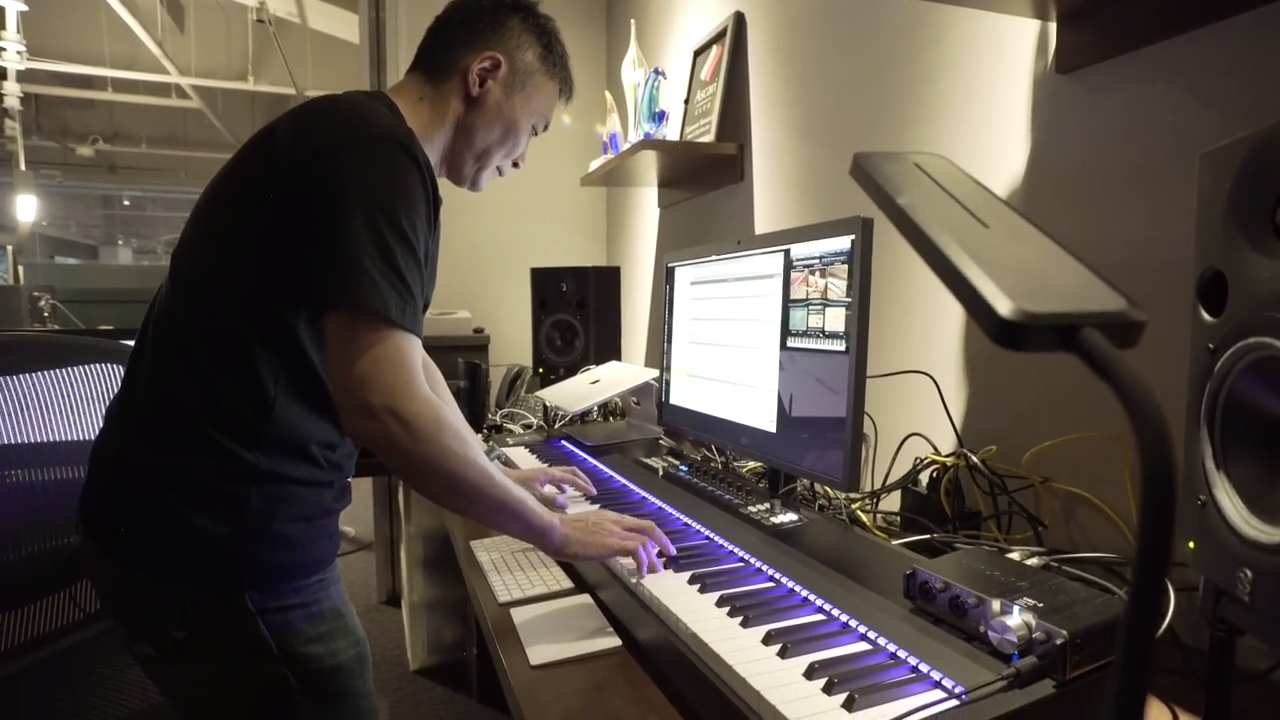 If you want to know what John had to say on Gran Turismo Sport, you can check out his impressions right here.