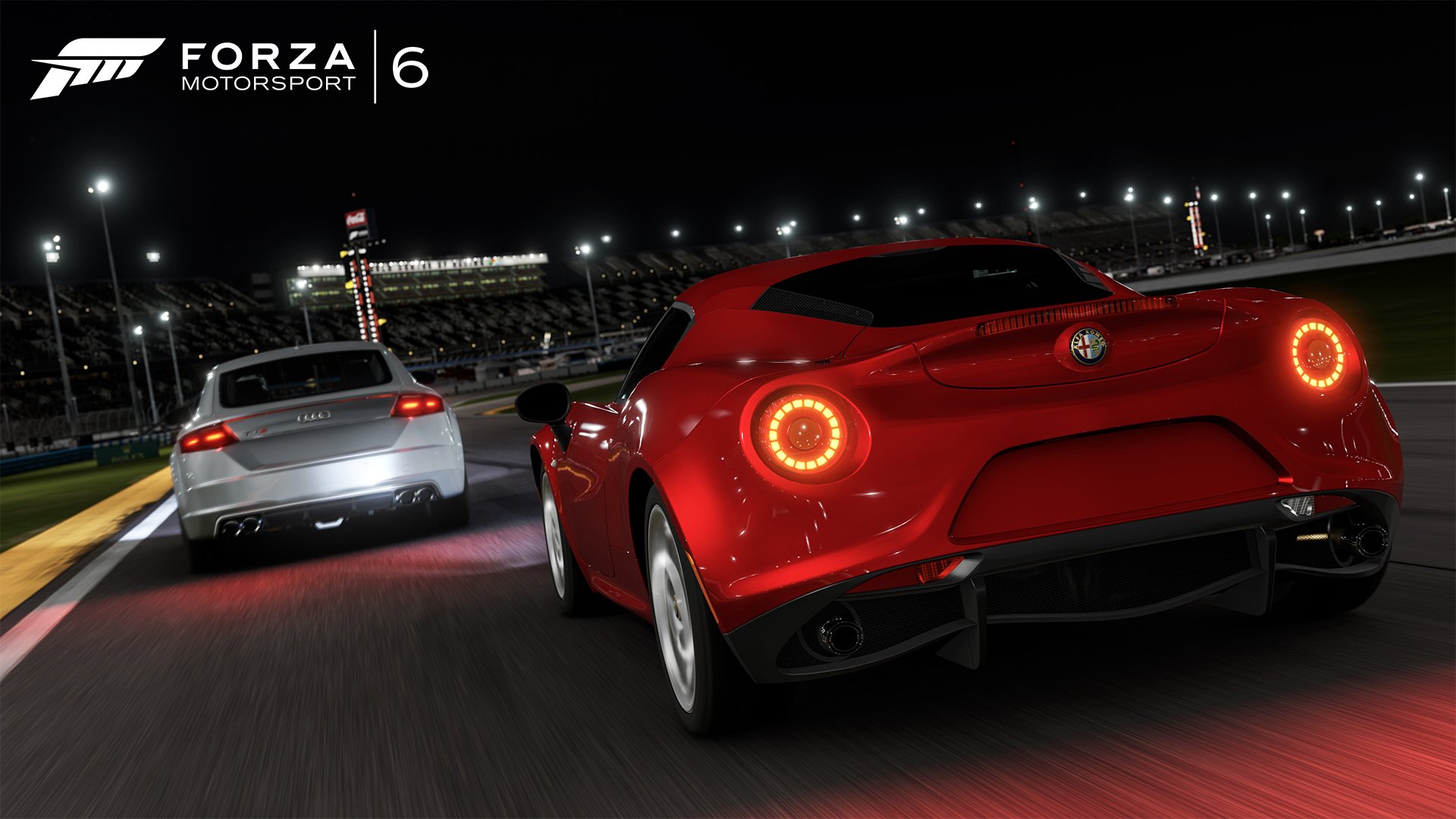 Marking the second Forza Motorsport title on the Xbox One, Forza Motorsport 6 arrived on the next-gen system in September 2015. For Forza Motorsport 6, developer Turn 10 aimed to reset course after Xbox One launch title, Forza Motorsport 5, left fans of the franchise underwhelmed with less content and features than Forza Motorsport 4 on the Xbox 360. (P)And did they ever. Forza Motorsport 6 does a fantastic job of walking the line between sim-like physics and arcade game structure to deliver a true simcade title. Overall, physics are good – great on some cars, not great on others – and so is force feedback, much improved from Forza Motorsport 5. (P)The car list is deep, with over 460 cars, many of which are of the race car variety, representing nearly every form of motorsport imaginable. Same goes for the track list, which features accurate recreations – some laser scanned – of many of the best real-world race tracks from around the globe. (P)While you’re driving all these cars and tracks you’ll notice some of the best lighting and graphics effects period. All while running around 60 fps. (P)Add in an extensive career mode and Forza Motorsport 6 is not only unbelievably deep but difficult, especially racing in the rain, a new feature to the franchise. (P)There are some drawbacks to Forza Motorsport 6. Some car physics are truly frustrating, featuring lifeless four-wheel death pushes. AI can behave quit badly at times. The in-car and nose camera angles will drive anyone use to proper field of view crazy and – while allegedly improved – online racing is still very hit-and-miss in the driving quality department. (P)Even with the cons, the pros of Forza Motorsport 6 greatly outweigh any of its negative bits, making it the best modern simcade available.