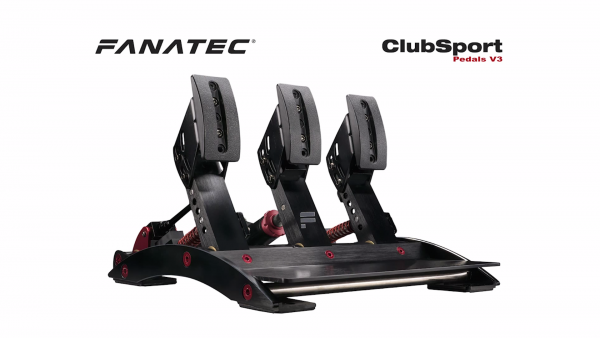 After a few days of teasing, Fanatec has officially unveiled the ClubSport V3 pedals.  Like the V1 ClubSports to the V2’s, the V3 appears to be the logical evolution from the previous generation, adding new features and options while refining others.

The first noticeable difference in the V3 is the Darth Vader treatment, sporting more black and red accents than an early-2000’s emo kid walking out of Hot Topic.  Another big physical difference is the optional D-shape race pedals that completely transform the look compared to the tried and true base ClubSport pedals.  Outside of that it’s the ClubSport pedals through and through.  If you like the current’s pedal design – floor mounted, pivot points, etc – you’ll be more than happy with the V3.  If not, these probably won’t change your mind.

On the functional side, there’s a fair number of upgrades over the V2.  The braking magic now comes via a 90 kg load cell, an upgrade allowing you to really stomp on that middle pedal.  Fanatec also believe it’ll be much more durable than the V2’s, eliminating the need for customers to pick up back-up load cells.  The brake pedal has also become more customizable, with stiffness and travel being easily adjustable. 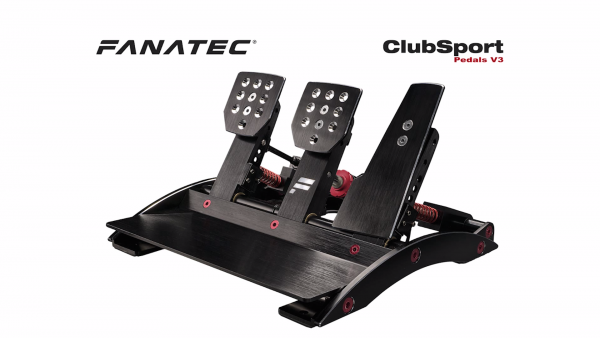 Rumble motors are now present on the backside of the gas and brake pedals, translating feeling to both pedals.  Stronger springs for the throttle and clutch will also be included for those who want stiffer pedals.

Not included in the package are the optional ClubSport Pedals V3 Damper Kit for the brake and throttle.  No word yet on how much that upgrade will cost.

Speaking of cost, the V3 will retail for the same price as the out-going V2’s, $300 in the US and 360€ in the EU thanks to global economic conditions.  Anyone who is currently waiting on their V2 order to be fulfilled will be automatically upgraded to the V3.  From doing some forum reading around the net it sounds like a lot of people are waiting on their V2’s, so there could already be a fair amount of backlog for the V3.

Fanatec states that the first batch of V3’s are already on their way to the warehouse, so it shouldn’t be long before we start seeing Darth Vader’s pedals of choice out in the wild.