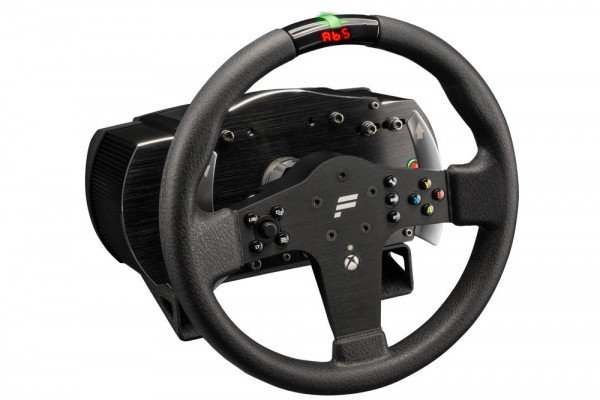 Well…we had this one wrong.  Less than a week after Fanatec released a teaser image of what we thought to be a new consumer priced wheel, the official images are out and it’s a little less revolutionary.

The new product is the CSL Steering Wheel P1 for Xbox One.  Say  that three times fast!  No, it’s not a new wheel, just another rim for the ClubSport Wheel Base (CSW).

But one more thing…  It does have something special about it that diffentiates it from the other CSW rims.  It doesn’t need the pricey Universal Hub for the Xbox One.

Up until now, if you wanted to race on the Xbox One with a Fanatec wheel, you were looking at a $1,000 investment (and even more for you guys in Europe) between the CSW V2, Universal Hub and rim.  That’s not even accounting for pedals!

Now with the CSL Steering Wheel P1 – still too long of a name – you can race on the Xbox One at a more palitable $740, with the CSL accounting for $139.95 of that investment. 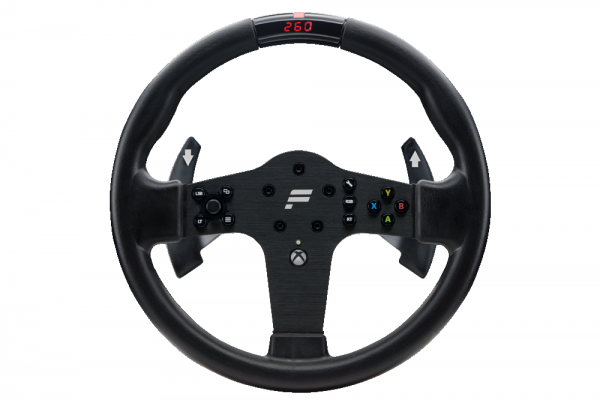 So what do you get for $139.95?  Well, it appears like you get a pretty solid wheel.  The wheel doesn’t look too stripped down compared to the traditional CSW rim and hub combo.  The buttons look a bit cheaper but it’s still has a metal rim, padels and maybe rubber wheel.  On top of that, the rim features Fanatec’s new RevStripe, which combines the wheel center mark and shift lights into one package.  This means your eyes only having to look at one location for shifting, tuning and telemetry.  Pretty slick.

Something that I’m curious about from a performance standpoint is the weight.  The CSL weights 1170 g – which according to Fanatec – increases acceleration and fidelity.  While past rims from Fanatec are pretty light (especially the Forza Motorsport 6 branded rim), they become much much heavier with the Universal Hub.  It will be interesting if the CSL actually performs better than the Universal Hub equipped rims now that the weights been shed.

Or maybe it won’t matter because the hub is located on-center and not creating a moment like a heavy rim rotating away from the axis?  See mom and dad, that engineering degree wasn’t all for not! 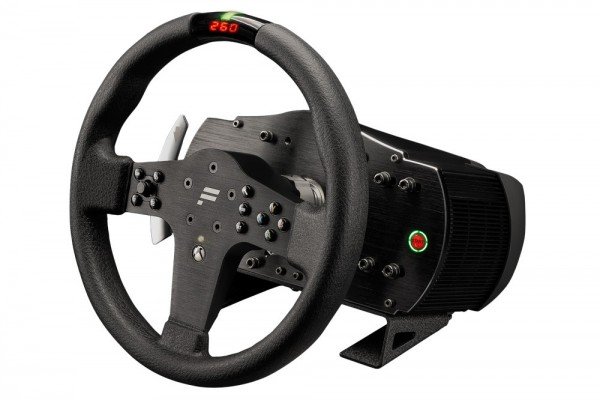 Like the previous rim and universal hub combos, the CSL is compatible with the PC, Xbox One, PS4 and PS3.