Back in the Fall of 2015, Fanatec gave sim racers their cake and allowed them to eat it too with the PC, PlayStation 4 and Xbox One compatible ClubSport Wheel Base V2 + Xbox One Universal Hub combo.  Unfortunately, this holy grail soon became an unholy union as Sony pulled the plug on the “unlicensed” PS4 support in early 2016.

But now Fanatec and Sony are bed mates again with the new CSL Elite Racing Wheel – officially licensed for the PS4.

Plus, like the ClubSport Wheel Base V2 in 2015, some fairly inexpensive wheel swapping will leave you with a wheel base that doesn’t have to come off your rig whether you’re racing on the PS4, PC or Xbox One.

Sound too good to be true?  Let’s find out as we run through the Pros, Cons and Neutral points of the Fanatec CSL Elite Racing Wheel for the PS4.

Simulators Provided by Next Level Racing 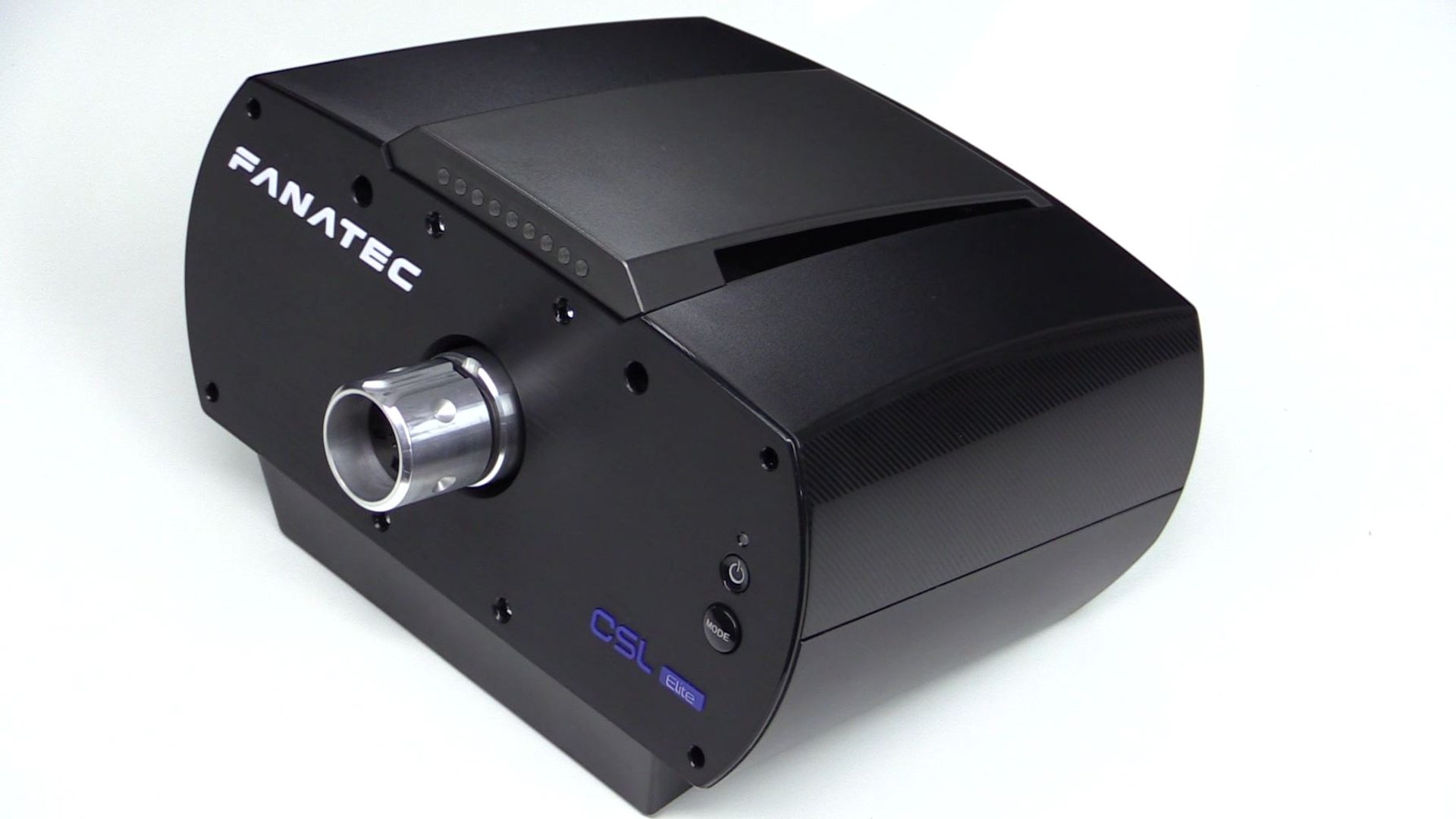 The CSL Elite PS4 racing wheel design, dimensions and inputs are primarily a carryover from the CSL Elite Xbox One, but that isn’t a bad thing.  Yes, it would have been nice to see Fanatec decide on one of the three textures used on the sides of the original CSL, but the new black face plays much better than the busy digital look on the Xbox One CSL and even does a convincing job of appearing like brushed aluminum, although it is indeed plastic.

Besides the new face, everything else is familiar on the CSL Elite PS4 wheel base.  It comes in the same compact dimensions, has rev lights that are sometimes useful depending on your driving arrangement, and has a fully modular I/O panel outback that is easy to get to and features inputs for two Fanatec shifters, pedals and a handbrake.

While the wheel base design was a minor improvement on an already good package, the steering wheel on the CSL Elite PS4 is a big jump in quality over the Xbox One compatible CSL Steering Wheel P1.

There is plenty of carryover from the P1.  Same shape, button layout, semi-quick release system, rim integrated tuning menu / RevStripe, which like the wheel base’s rev lights, are sometimes helpful and sometimes not.

This time the paddle shifters click.  They’re aren’t super clicky like the Fanatec Formula rim or Xbox One Universal Hub, but they’re now appropriate for the price range. 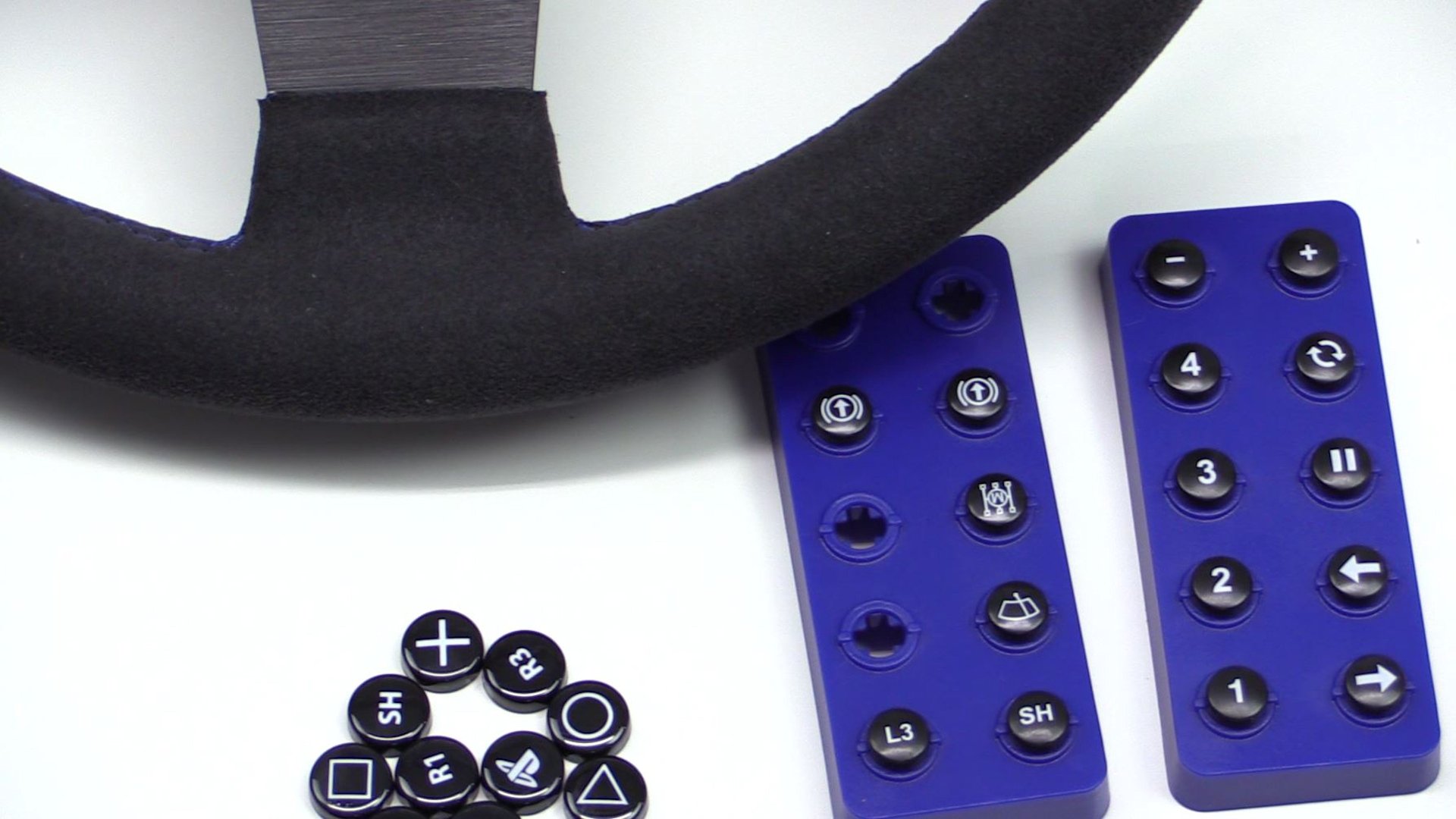 Another upgrade to the PS4 steering wheel is the ability to swap out the button faces.  The CSL Elite PS4 arrives with a bunch of different buttons to customize your wheel with, something that especially comes in handy if you’re racing on the PC and aren’t confined to wheel navigation like you are on the consoles.

While we did find this feature to be very cool, be aware, the buttons aren’t the easiest to remove.  We had to bust out the pliers to get them off, which of course scratched up the buttons a little bit.  But even with the anxiety of scratching up your new baby, it’s still a neat feature. 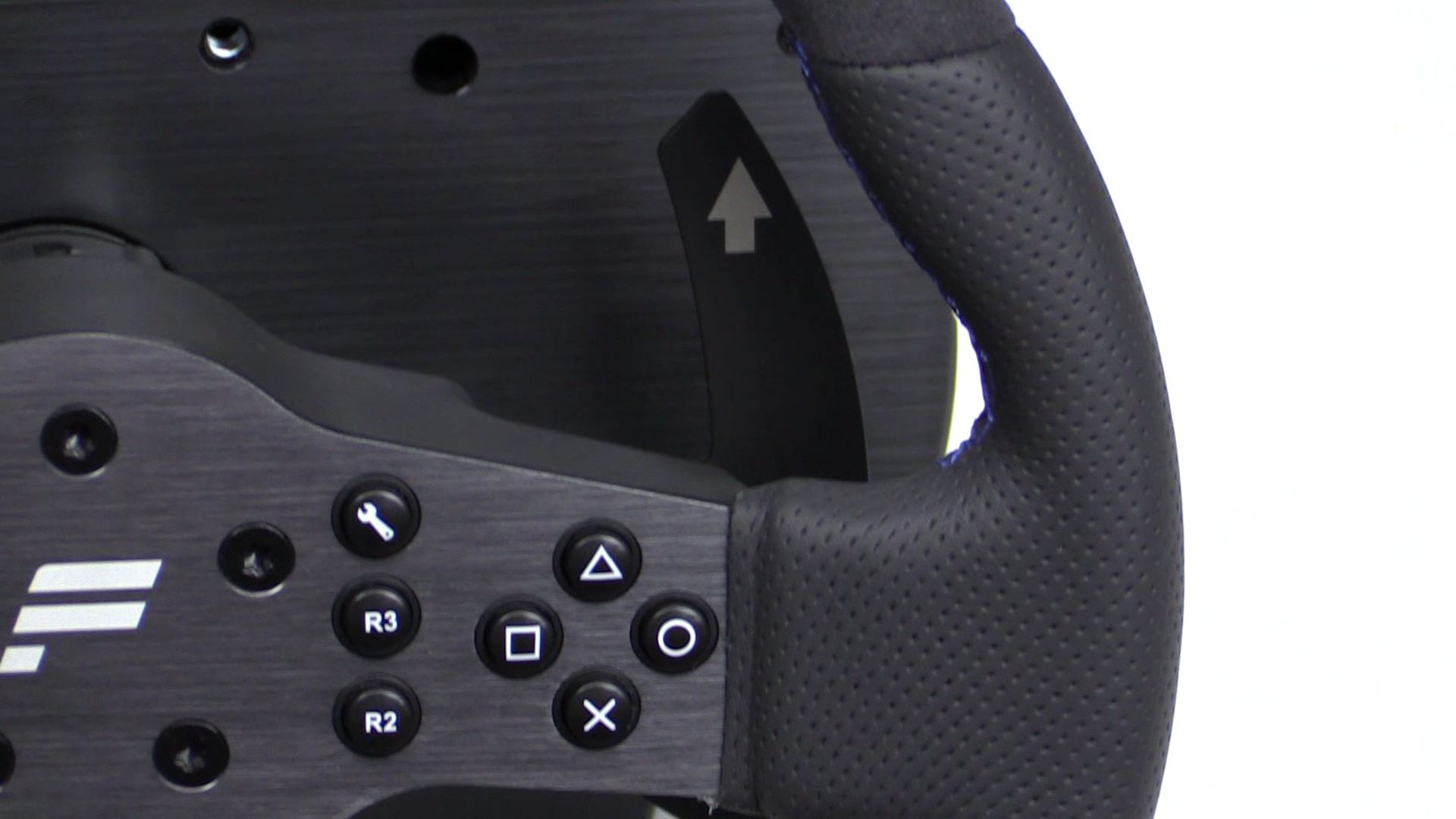 Last but not least, the biggest improvement to the CSL Elite PS4 steering wheel is the leather and suede wrapped rim.  It’s a major improvement for two reasons, feel and weight.

The combo of perforated leather, suede and padding underneath feel miles ahead of the hard rubber used on the P1 steering wheel.  The leather is particularly nice, soft to the touch, and looks like it has some actual thickness to it thanks to no signs of stretch marks.

Besides giving your hands a little more respect, the material change has a knock-on effect.  It makes the steering wheel really light.  The PS4 wheel only sheds 200 g (0.44 lbs) off of the Xbox One compatible P1 steering wheel, but it sure feels like a lot more.

The steering wheel was noticeably nimble from the start.  In fact after driving with it, we decided to put the Fanatec Formula Black steering wheel on the CSL Elite PS4 to compare their effect on the wheel base’s force feedback strength.

The larger the diameter of the wheel, the easier it is to turn because the force needed to get an object to turn about a fixed axis – aka torque or moment – is reduced as the distance is increased.  This means that the 30 cm diameter CSL Elite PS4 steering wheel should require less force to turn than the 26 cm diameter Formula rim, thus reducing the “perceivable” force feedback strength.

But then there’s weight.  Weight in a steering wheel is like weight in a car’s suspension, rims and tires, it’s unsprung weight.  The more unsprung weight you have, the less responsive the car is to changing road conditions, such as bumps.

Same can be said about steering wheels.  The heavier the wheel, the less responsive it is to the force feedback from the wheel base. 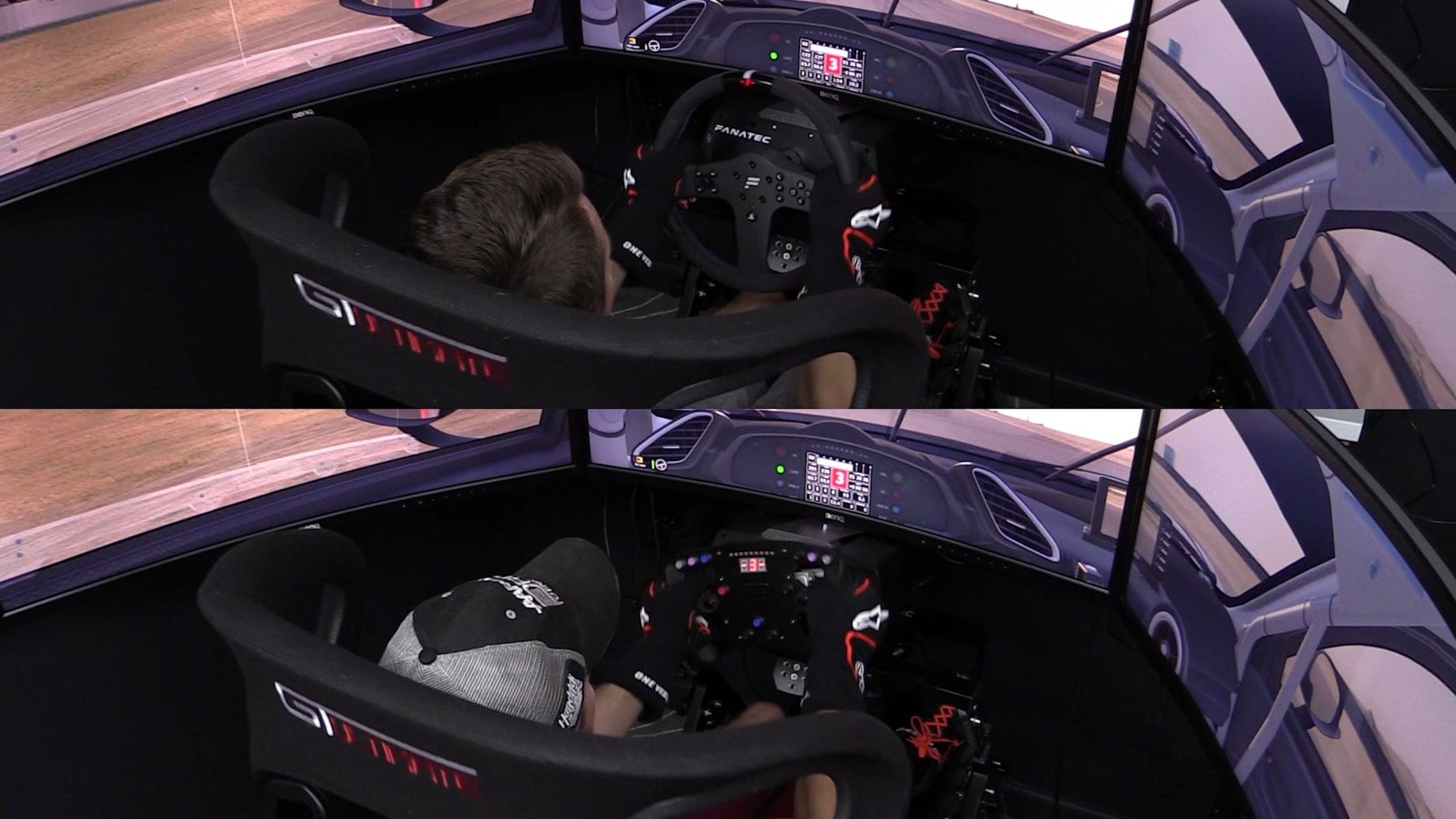 Since we’re already on the subject, lets talk about our next pro, force feedback.  Like the CSL Elite Racing Wheel for the Xbox One, the PS4 version comes with strong force feedback for the price point.

While one of the new features of the PS4 version of the CSL Elite is that it shares the same motor driver electronics from the more expensive ClubSport Wheel Base V2.5, we couldn’t subjectively feel the upgrade.  We went back-and-forth between the PS4 and Xbox One CSL’s multiple times and just couldn’t really tell a difference.

But again, the force feedback strength in the original CSL was plenty for the price and same can be said about the PS4 version. 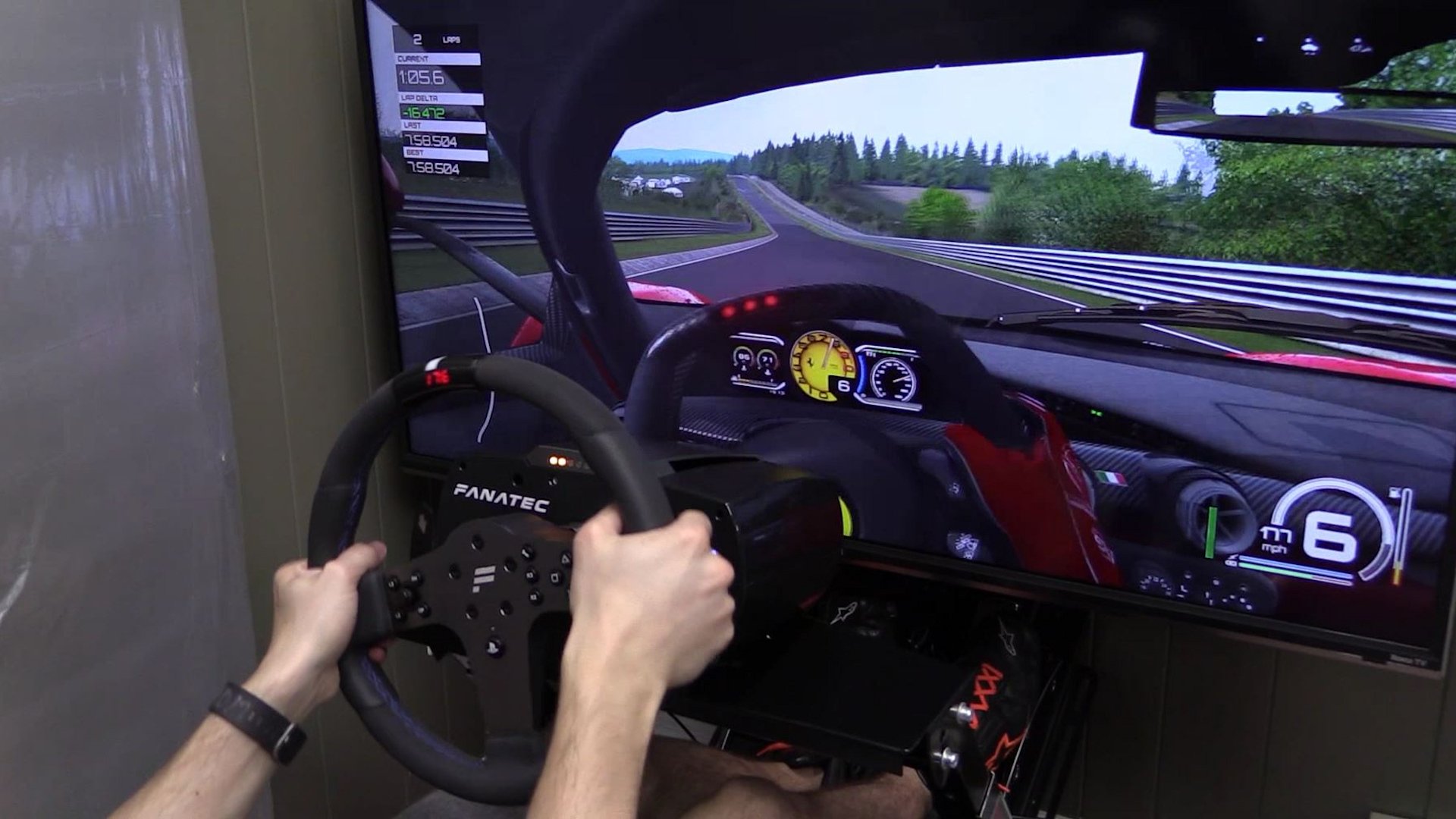 If the new motor drive electronics didn’t show up in force feedback strength, would they appear in smoothness?  Not really, but that’s – mostly – okay too.

We say mostly okay because the CSL Elite PS4 continues the pattern of being really smooth most of the time, and not as much at other times.

On Assetto Corsa on the PS4, the wheel got real clanky no matter what kind of tuning we did to the wheel or in-game.  The belt drive could also get a bit “grabby then release” in open wheel cars like the Dallara DW12 in iRacing.

But when we ran the wheel on newer cars that we’re confident have dialed in force feedback, the Ferrari 488 GTE in iRacing and the Porsche 911 GTE in Assetto Corsa on the PC, the wheel was very smooth.

So with the understanding that not every sim car is created equally, when we got a good one, the smoothness of the CSL Elite PS4 is certainly a pro. 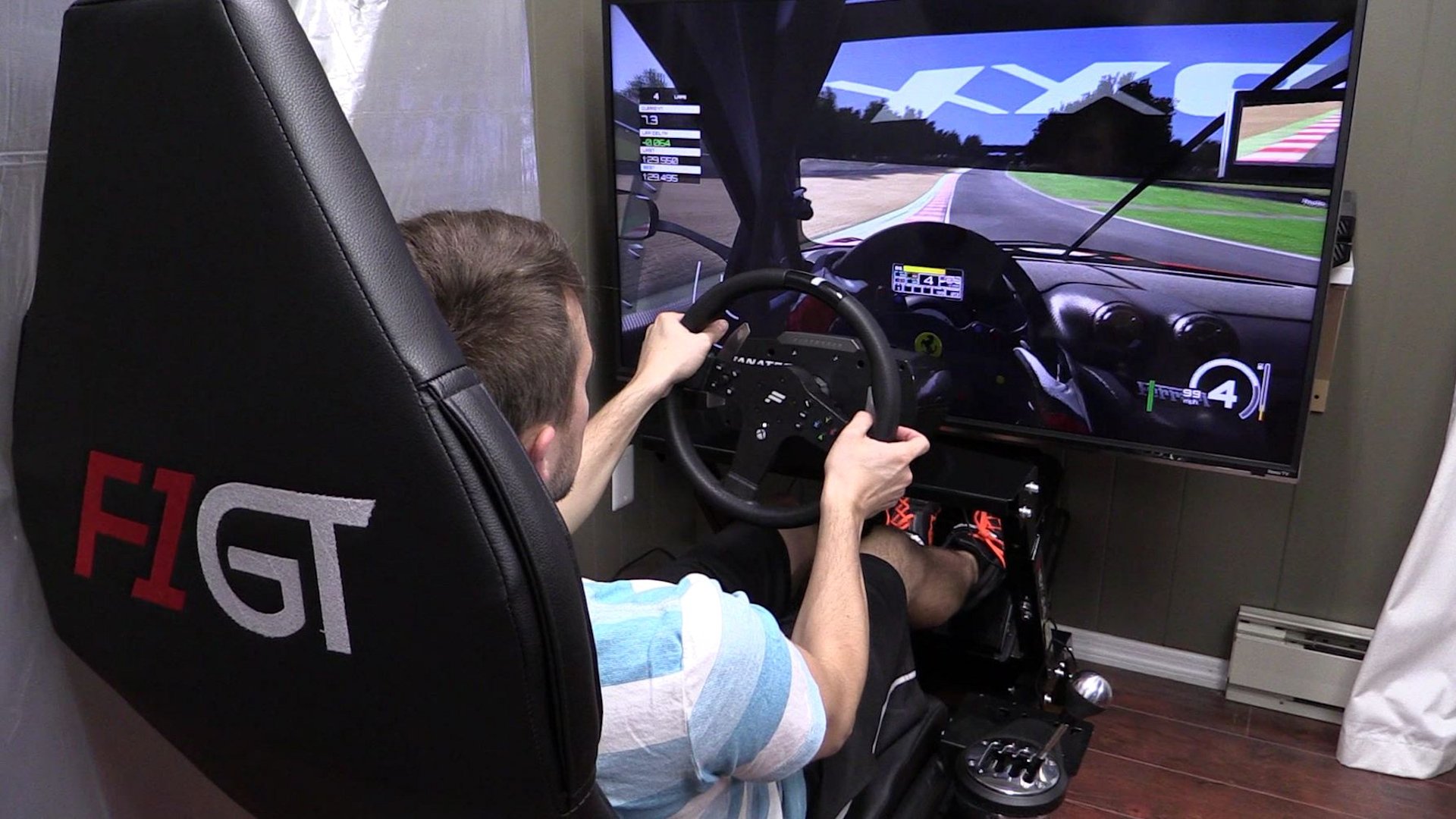 Obviously, Fanatec having an officially licensed PlayStation 4 – and PC – racing wheel is a good thing.  But the plot thickens with an infusion of about 99.95€.

For 99.95€ you can pick up the Xbox One compatible CSL Steering Wheel P1 and go racing with the CSL PS4 on the Xbox One, making it compatible with all three platforms.

While we much prefer the updated PS4 CSL steering wheel to the P1, the price is low enough that your hands may forgive you in the pursuit of cross-platform domination.

When the CSL Elite Racing Wheel for the PS4 was announced in June 2017, one of the big talking points was worldwide availability, or lack thereof.  As was the case then, at the time of this review, the CSL Elite PS4 is only available for purchase in Europe and Australia.

So why didn’t we list the lack of availability as a Con?

We caught up with Fanatec at E3 2017 and it seems like this issue will eventually be worked out, it may just require a little patience.

And seriously that’s all we know, so save your questions!

The 499.95€ price point is neither super low or too high, thus it falls into the Neutral category.

Plus, Fanatec only offering the wheel base and steering wheel together knocks out folks who may just want to pair the new steering wheel with the CSL Elite Xbox One base or ClubSport Wheel Base they already have for the PC.

But at the end of the day, that’s business for you. 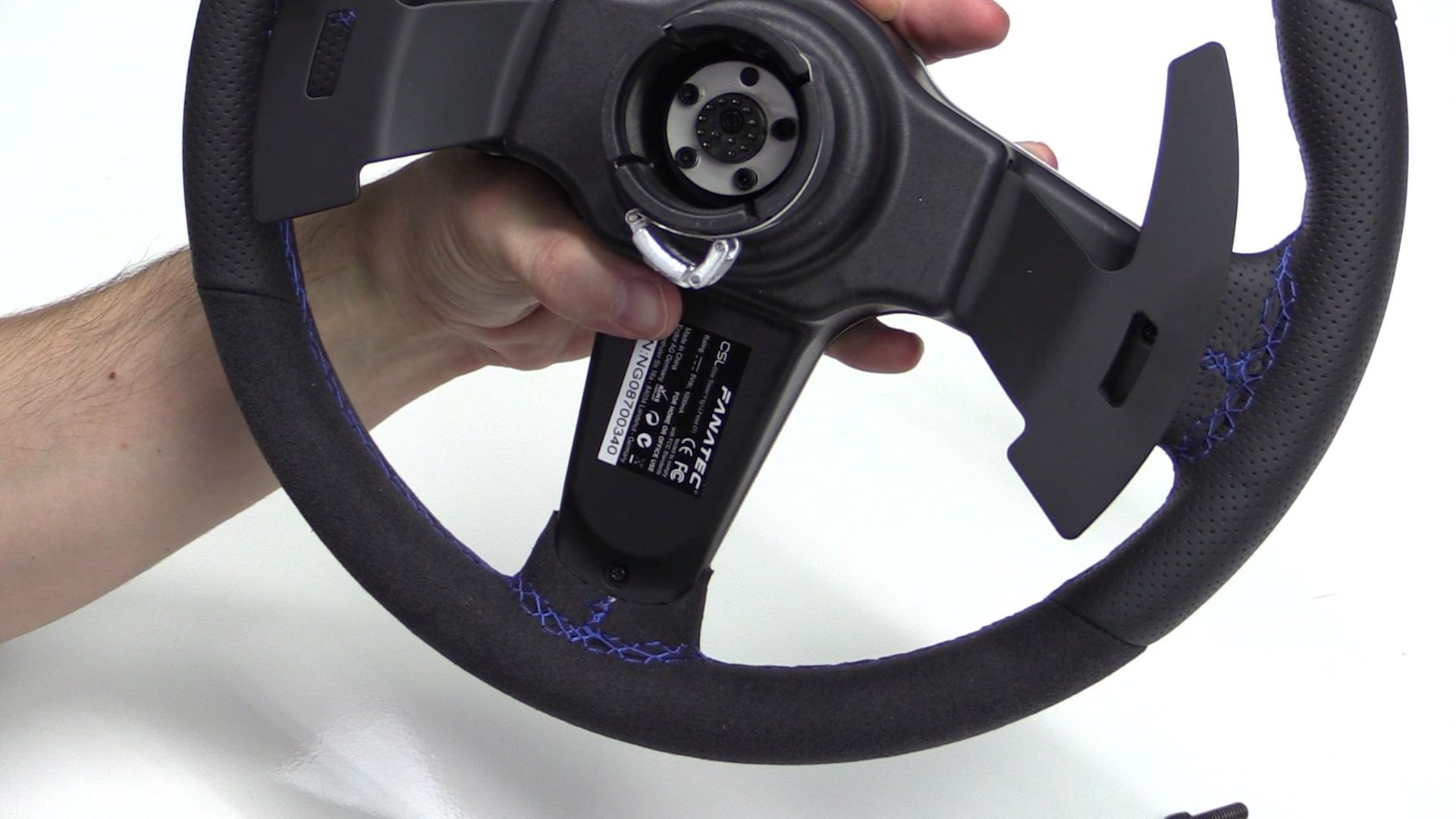 The only con on the CSL Elite PS4 Racing Wheel is you will lose the M6 bolt used on the steering wheel’s semi-quick release system at some point.  While we don’t expect a true quick release at this price point, it would have been nice to see a design less susceptible to, you know, gravity.

If you’re looking for a wheel for your PS4 specifically, this is a good way to go.

If you own a CSL Elite Racing Wheel for the Xbox One specifically…well, hopefully other rims are coming.

And if you’re in the market for a PC steering wheel, then the addition of the PS4 compatible CSL Elite Racing Wheel really doesn’t have an effect on you, since the upgraded wheel base doesn’t really move the needle over the original CSL Elite, which tied the Thrustmaster TS-PC Racer for second place in our Head-to-Head-Head earlier this year, with the Fanatec ClubSport Wheel Base V2 taking the top spot.

But let’s end the review on the CSL Elite Racing Wheel for the PS4, a wheel that begs your consideration, no matter what platform you race on. 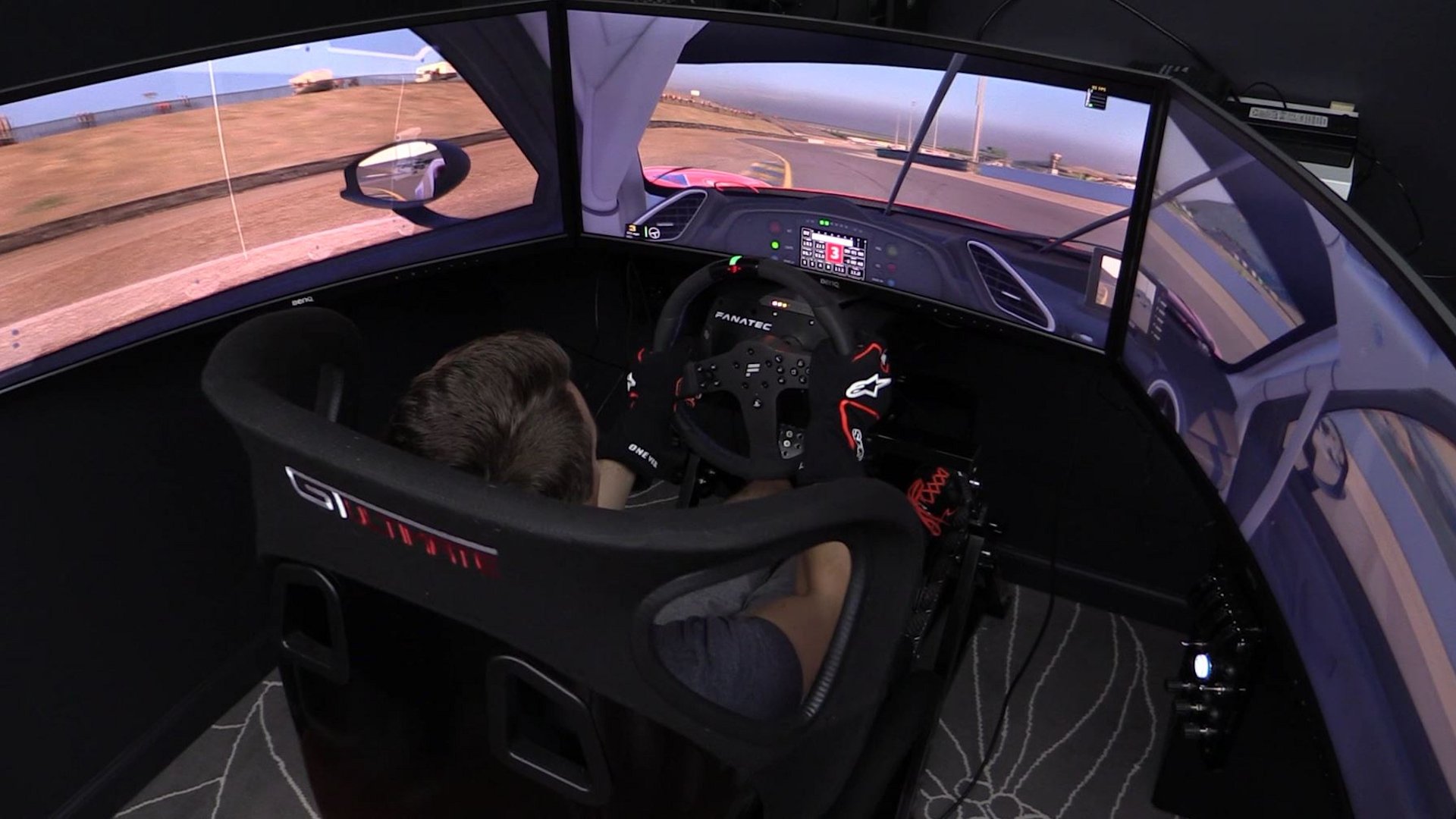