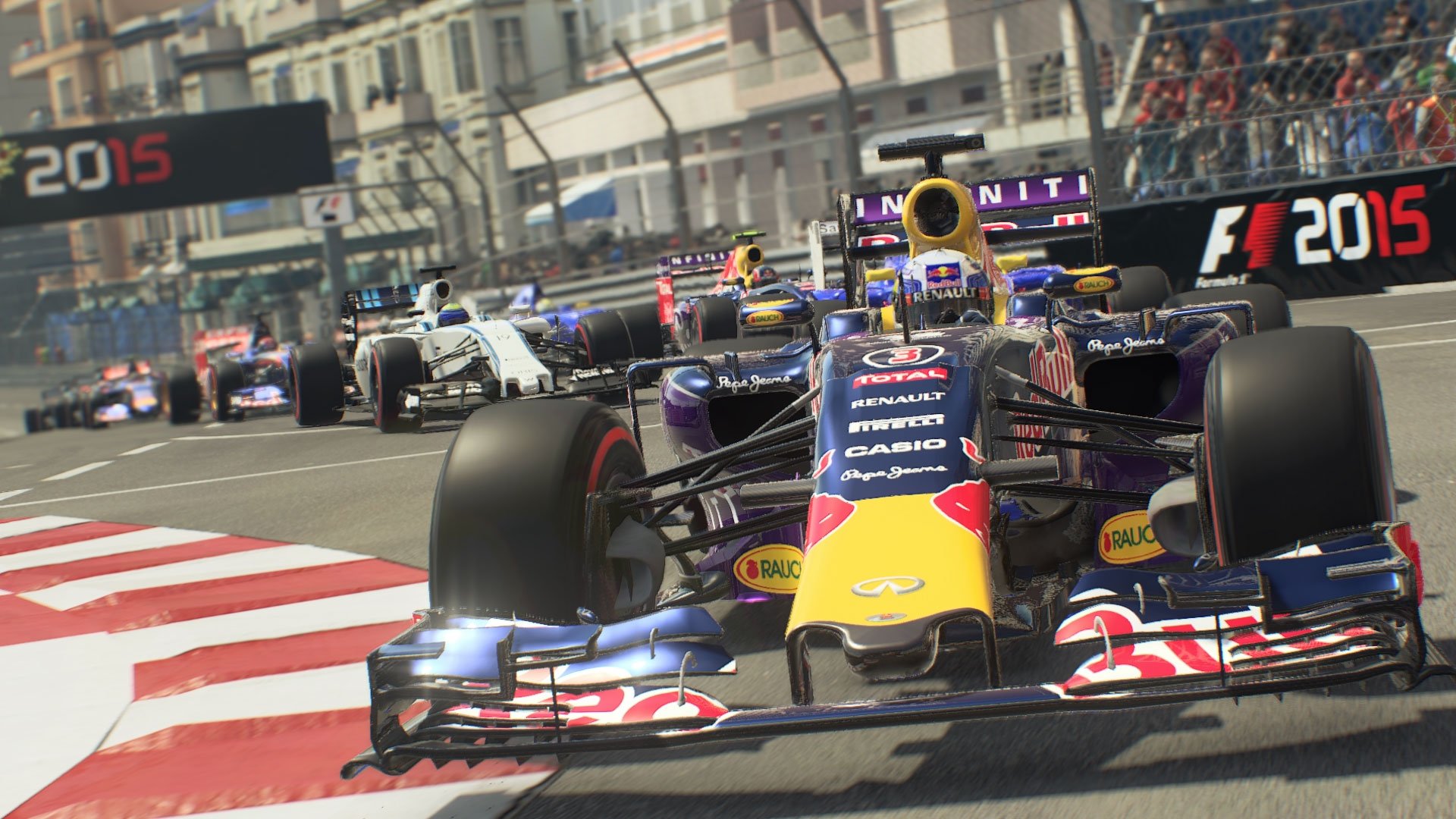 The 6th installment of the official Formula license from Codemasters, F1 2015, was released in July 2015. The most noticeable change to the franchise was the move to next-gen, shedding the PlayStation 3 and Xbox 360 in favor of the PlayStation 4 and Xbox One.

Naturally, the move was apparent right away thanks to nicer graphics, but that wasn’t the only welcomed improvement to the franchise. Driving dynamics, such as physics and force feedback, also made a big leap forward in F1 2015. Same goes for sounds and AI, both making equally large strides.

Unfortunately, 2015 does lack some features of past F1 titles. Important features such as a safety car and online co-op were cut. Bugs were also prevalent at launch, but for the most part, have been cleared up through patches.

While not quit to sim level, for an official license, F1 2015 is a pretty stripped down, no frails, racing title that allows you to tackle all the teams and tracks of the 2015 – and 2014 – Formula 1 schedule. If jumping in your favorite drivers’ car and seeing what you can do with it sounds like a good time, then F1 2015 provides a solid experience.