After releasing a healthy update for F1 2015 back in November for the PC and PlayStation 4 (PS4), Codemasters has brought all platforms in-line with an extensive update for the Xbox One, plus a much smaller list of bug fixes for the PS4.

These updates for the Xbox One include car model and livery updates to seven of the ten teams on the grid, performance adjustments to mirror the real world and updated tire compounds for Russia.

Outside of the Xbox One updates, there are important bug updates for both consoles, including stricter corner cutting rules.  Amen.

See the entire patch notes for both the Xbox One and PS4 below.

Updated the car model / livery for Mercedes, Ferrari, Williams, Force India, McLaren, Lotus and Manor.
Adjusted the relative performance of the teams and drivers based on the season’s results.
Updated the tyres for Russia to Super Soft and Soft.

Added a Strict corner cutting rules option and made the strict rules even stricter than they were previously following community feedback.
Full practice is now available in Quick Race.
Corrected a problem with the corner cutting rules that could mean you get a penalty even if you run wide and lost time.
The player is now correctly disqualified for not using both compounds in a dry weather race.
AI will no longer all leave the garage at the same time in qualifying sessions.
AI will no longer use Prime tyres in Q2.
AI will always do two runs in Short Qualifying and Q3.
The D-Pad menu is now more responsive.
Engine cooling in clean air has been improved to prevent unnecessary engine overheating.
Fixed an issue that would sometimes cause OSD messages to remain on screen or to never display.
Fixed an issue that would cause new tyres to be too cold when they’re put on at a pit stop.
Fixed a problem that could cause unrealistic AI lap times in practice and qualifying.
Fixed rain effects sometimes being present on a dry track after previously playing a wet session.
Fixed tyre compound being incorrectly shown as selected when loading a car setup at the start of a one-shot qualifying session.
Fixed the top leaderboard entry becoming corrupt after re-viewing the table.
Corrected the number of laps for the Mexican Grand Prix.
Removed the incorrect second DRS detection zone from the Mexico mini map.

Improved chances of finding multiplayer hopper games.
Added additional information to lobbies so players can see how much progress has been made in the current session.
Fixed an issue where players would get their fuel locked to 100kg in qualifying sessions.
Fixed an issue where players who qualified outside the top ten would not be able to change their tyres at the start of a race.
Fixed an issue where players could not change their tyres on the grid after completing an earlier OSQ session on the same track.
Fixed some framerate and lag spike issues that would cause incorrect car-to-car collisions.
Fixed a bug that meant connections with limited upload bandwidth would appear laggy while on track and eventually disconnect.
Fixed an issue where the race could be flagged as complete on the incorrect lap (including at the start of the race).
Fixed an issue that would cause a players car to always be ghosted during timed qualifying sessions.
Fixed a bug which made the screen pulse black when spectating specific cars in specific circumstances.
Made the hopper lobby countdown timer longer and prevented it from starting for a short time if there are not many players in the session to try to allow more people to join.
Changed the hopper grid order to random, so now the players Mercedes cars will not always start on the front row.
Removed the AI from all hoppers.
Removed the assist restrictions from the Hardcore hopper.
Banning ABS in the session settings will now implicitly ban braking assist. 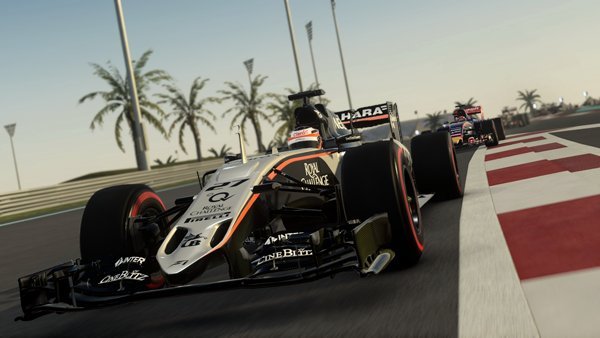