Presenting another pre-release video of Formula One 2014 by Codemasters. In this one I run a 25% distance full race weekend in F1 2014 at Sochi in the Williams that’s normally driven by Felipe Massa. 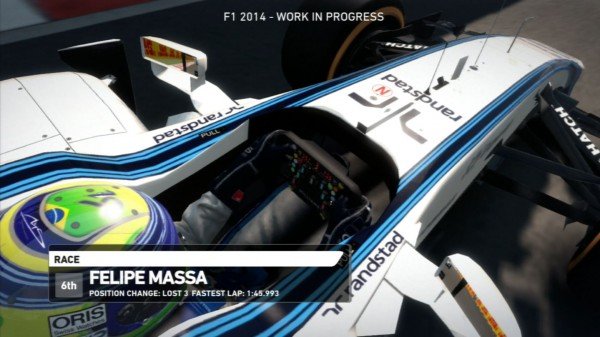 Sochi Autodrom is the home of the Russian Grand Prix and is previously known as the Sochi International Street Circuit and the Sochi Olympic Park Circuit. It’s a 5.853 km Formula One racing street circuit in the resort town of Sochi in Krasnodar Krai,Russia. The circuit is similar to Circuit Gilles Villeneuve and the Sydney Olympic Park Circuit because it runs around a venue used for Olympic competition; in this case, the Sochi Olympic Park site, scene of the 2014 Winter Olympic Games. The inaugural race will run this weekend on the 12th and is in the first year of a seven-year contract.

I run a full race weekend starting with an hour of qualifying and then attempt to make it all the way on to the pole. I run the race with all assists off and the AI set to “Very Hard”. I’m driving with the Thrustmaster T300 RS base with the Formula One rim attached. For the pedals I’m using a modified T500 set. 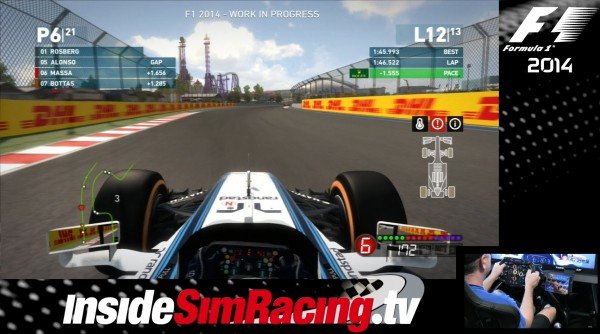