Presenting our F1 2014 first look for the Playstation 3 with the new Thrustmaster T300 with the F1 rim attached and a modified T500 pedal set. This is the fifth year that Codemasters has had the license to create a Formula One title and here comes the fifth version. I was personally hoping that this version would be on the new gen systems but that version is supposed to be coming in early 2015. I’m honestly surprised they’ve waited this long to get on to the Playstation 4 and XBox One considering their PC version runs in a hi-res format.

First up, I run the setup lap to make some adjustments and then follow up with  a five lap Grand Prix race at Monza in the Ferrari. 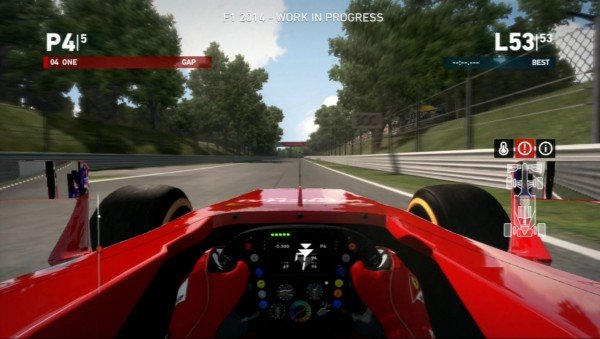 The game is only running in 720P at what I assume is 30 FPS. It seems that the only racing title to run at 1080 P on the Playstation 3 was Gran Turismo 5 & 6.  From what I recall the XBox 360 runs at 1080P and of course the PC version can run at resolutions to accommodate triple monitors.

One of the problems in the earlier versions of the F1 franchise on the Playstation 3 was frame rate hiccups or slow downs. As you can see in my video above, they seemed to have got that ironed out but again at only 720p resolution.

Will you be picking up this title on October 20th ? If so which version are you getting? Also, would you like to see more gameplay of the PS3 demo version that I have and if so, what car and track combo ?

You can read more Codemasters F1 Series news here on our website: https://www.isrtv.com/category/codemasters-f1/

I hope you enjoyed this first look at f1 2014 for the Playstation 3.