Codemasters’ list of supported wheels for F1 2016 released online August 10th, covering the PC, PS4 and XBOX One. Via their official blog, Codies Blog, Codemasters has given us quite a comprehensive overview of exactly what will be compatible with the PC and both of the major consoles.

However, there is a caveat when it comes to Fanatec peripheral support for the PS4. Codemasters has stated they will continue to support officially approved peripherals for Sony’s Playstation 4 in F1 2016 and concede that the situation with the PS4 and Fanatec is ”far from ideal.” Codemasters goes on to say this lack of support is out of their hands and they continue to speak to both Sony and Fanatec to try and find a solution.

Codemasters also states in their release that controllers not found in the list should also work with the title! In order for these controllers to work, players must create a custom control scheme within the game. Check the lists to see if your wheel is supported and prepare for the release of F1 2016 this coming week on August 19! 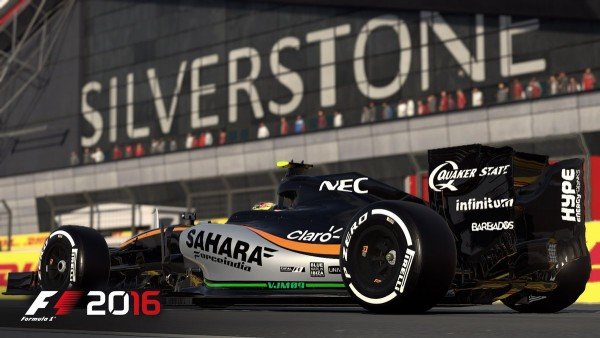 Here below are the complete lists for the big three as they appeared on Codies Blog: