While DiRT 4, the next iteration of the DiRT series, is already in the works, DiRT Rally is not dead yet. After receiving support for both Oculus Rift and HTC Vive support on the PC last summer, Codemasters has now released the PSVR Upgrade DLC on PS4, which not only adds PSVR support but also a brand-new co-driver mode. Here is what it includes in detail:

Playstation VR is now supported in DiRT Rally, and most importantly, across the whole game too. Every stage and every car included in the 2D version can now be played in virtual reality. Neither is there any new content being added nor can this be treated as a standalone game, like it was the case with DriveClub. 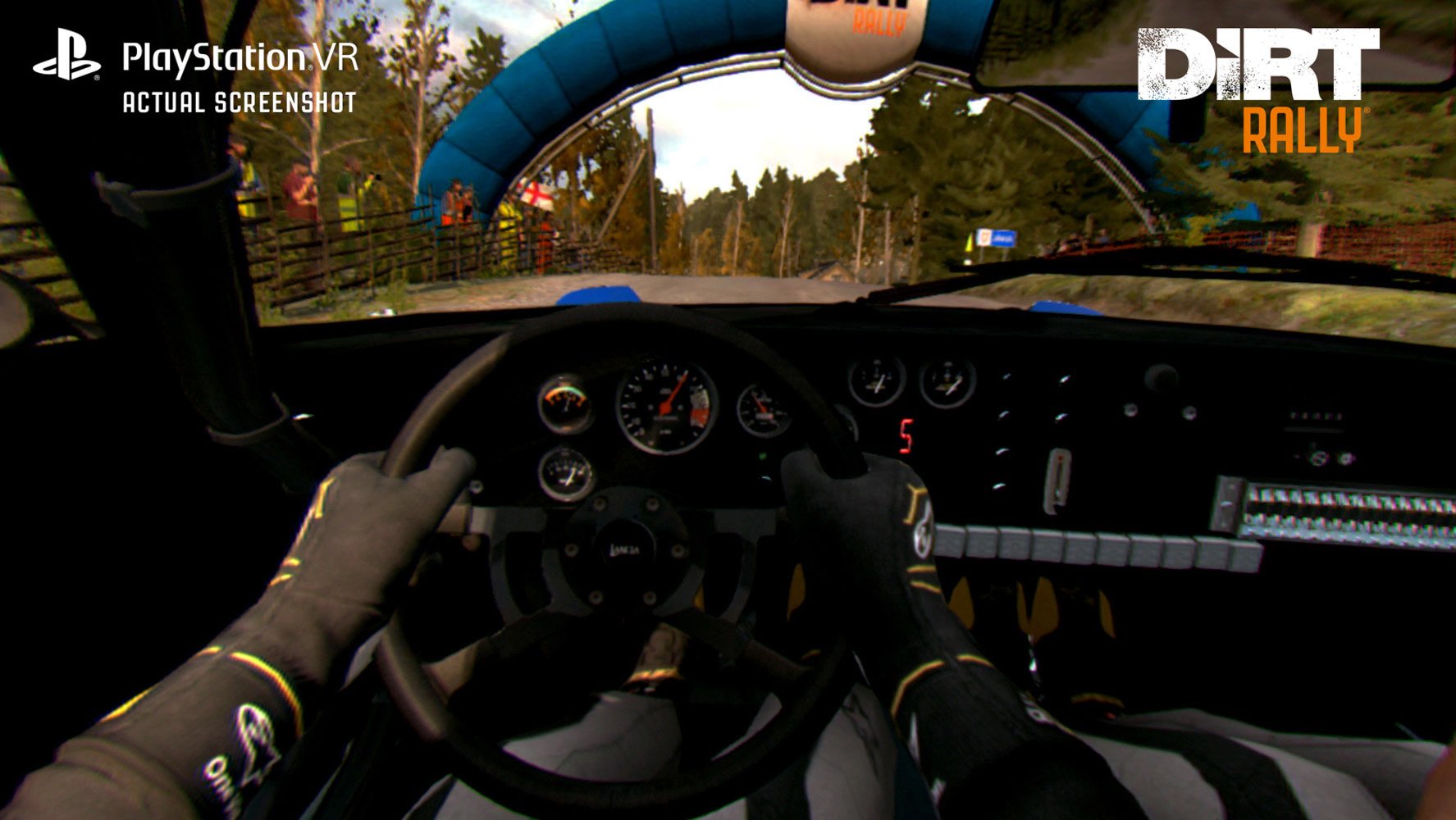 Apart from that, the DLC also adds a new co-driver mode, which also seems to be the first of its kind. It works as follows:

While the actual driver, player one, is doing his thing, player two can be part of the action too by being responsible for delivering the pacenotes at the right time. On the social screen, that being the actual TV the console is hooked up to, the second player will be presented with a skill game, consisting of icons of the corresponding buttons on the controller that must be pressed at the right time for the pacenotes to be called out to the driver. If one fails to do so, the driver will not receive any directional instructions either.

To cater for the best possible experience in VR, DiRT Rally has now been optimized to make use of the PS4 Pro’s additional performance capabilities and deliver a significant graphical improvement over the normal PS4.

The PSVR Upgrade DLC can now be purchased from the Playstation Store, either alone or together with the base game and all other DLC’s. Up until February 27 in some countries, you can even take advantage of discounts on the base game as well as the bundle too.