Finally Assetto Corsa’s first Porsche DLC pack is now available for all PC players to download on Steam. This new Porsche content is not only a first for Kunos, it also reminds us the shackles that bound Porsche content for sim racing to Electronic Arts for the past 12 years have been well and truly broken!  Additionally, the game has been updated to version 1.9 with a number of major fixes and improvements. Notably the improved FMOD update 1.08.12 sound component, giving the cars and especially the Porsches some very realistic sounding engines. There is also a new SDK for modders to sink their teeth into. The full list can be found in this article.

Kunos Simulazioni’s official licensing agreement with Porsche license is for the initial release of three DLC packs and three free to download Porsche models. 21 Porsches will make their way to all platforms, together with the additional three models being the 2016 versions of the Panamera, Macan, and Cayenne.

Kunos has wasted no time in getting the Porsche content to their many thousands of loyal players. As the first comments appear online, the consensus is overwhelmingly positive. My personal favourites so far are the Cayman GT4 ClubSport, RSR 3.0 and of course, the completely insane 917 / 30. This is perhaps the most brutally accelerating official content car in the title right now! If the first DLC pack is any indication, the following two should also deliver on the promise that has now been realised by the first pack’s release.

Those of you that already have the Porsche Pack, let us know your thoughts and what your favourite cars are here below in our comments section.

The Season Pass will set you back €15.00 and get you all three Porsche DLC packs. Purchasing the Season Pass will save you €5,97 off the full price. Costing €6,99, individual DLC packs will include seven Porsche models as well as a bonus free model for each pack on the PC, PlayStation 4 and Xbox One. Volume One for the consoles is expected to be released sometime in November of this year. 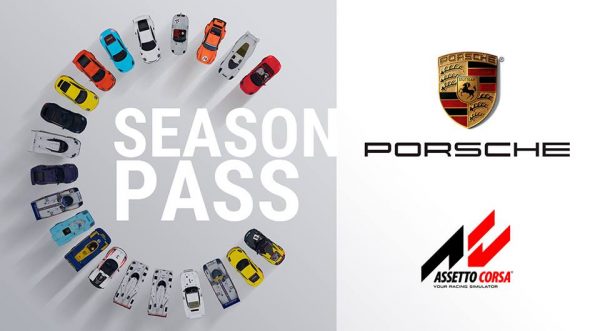 Complete List Of Fixes, Changes And Improvements For The Assetto Corsa V1.9 Update: