Well, if you know anything about sim racing you can’t help read about Assetto Corsa and the goings on regarding the console version. If you delve deeper into the Assetto Corsa forums you would be wondering why people would purchase this game in the first place, especially on console. Let me explain to you why, if you are a console owner and like sim racing this should be in your collection.

An update was due at the end of April which was planned to upgrade the game to the same level as the PC, which is currently v1.13. Kuno’s have explained via their forums they are extremely disappointed by this “glitch” but safe assured they are working as hard as possible to rectify the issue. At present we can only hope for a May 2017 release.

Amongst the most popular requests via the forum has been customisable online lobbies and custom championships, see pictures below for screenshots. 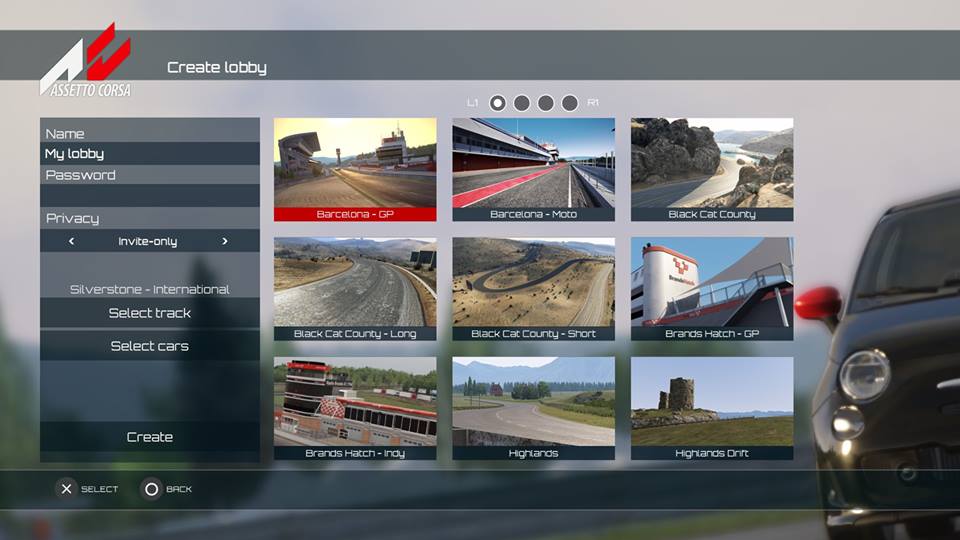 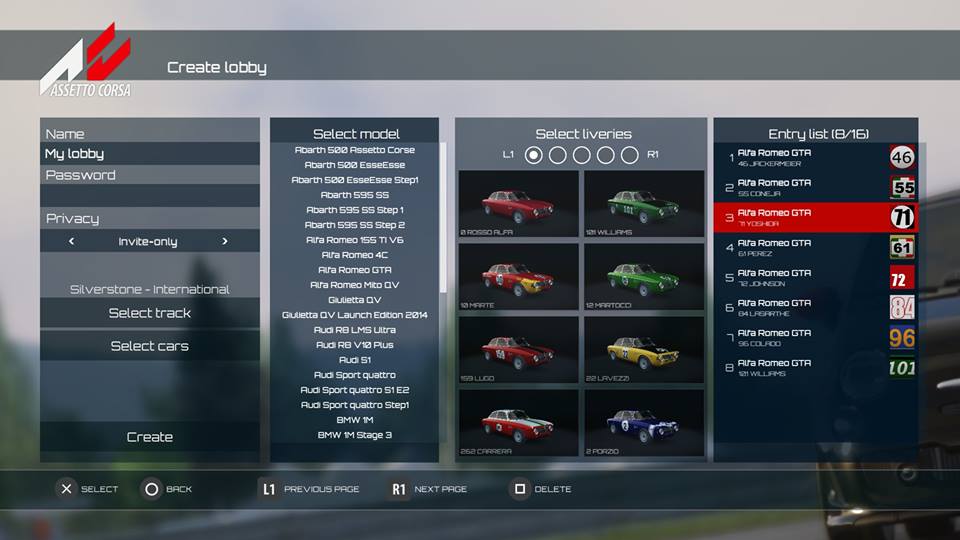 You have to hand it to Kunos that they listen to their customers and work very hard to deliver the goods. If you recall Assetto Corsa was realised on console for the European market on the 26th August 2016 and North America on the 30th August 2016. Now 9 months further on, we are still getting updates and communications from the developers. The PC has a different hierarchy hence why updates seem to be released at a quicker pace. The console updates must go through Sony and Microsoft before being released, so any issues need to addressed and re-submitted, nothing Kunos can do to speed this process up.

On to a future update as announced by Stefano Casillo via the Assetto Corsa Forum, button mapping is being worked on, no date as yet has been set but it’s something to look forward to.

The main reasoning for this blog is to keep you posted on events and to remind you of what a great sim this is. We can’t compare the console version to the PC version at this time, however from a avid sim fan across all platforms this is one to keep you coming back for more. Kunos need to be praised for their continued support and a lot of effort behind the scenes which most of us will never see.

We will keep you updated of any news.