In the past week since our last Weekly Mod Update, there has been a lot going on in the modding community! We’ve seen a wide variety of cars and circuits get announced and, like last week, I’ll share my top 3 favorite announcements with you.

First off, we have the Ford GT40 Mk 1, being made by Sgt Frede. The legendary race car, winning the 1968 and 1969 24 Hours of Le Mans, was announced to be in development just a week ago, and a lot of progress has been made! Once the car model is finished, Frede is looking to find help for the physics and sounds side of the car.

Next up, we have the Elan Deltawing, coming as part of the United SportsCar Championship Mod. The IER Modding Group has gotten permission from a GTR2 modding group to port the car over to Assetto Corsa, as well as upgrading it to modern standards. The unconventional race car currently does not have an ETA yet, but it will definitely be a unique experience to drive. The open-top version of the car may come at a later date, but no promises are being made.

Last, but definitely not least, we have a fun idea, that could come to Assetto Corsa if there’s enough user interest. We actually have footage of a sci-fi vehicle in game! the_meco, known for developing the exceptional Shelby Cobra mod, has developed the Blue Falcon from F-ZERO as a fun side project. The Blue Falcon has a touted top speed of around 400 miles per hour, and is capable of a lap around the Nurburgring in under 3:45! Time will tell to find out if this mod will see public release, but as of right now, the Cobra will take priority.

The tracks department is definitely having some solid growth, with some great tracks on the horizon! To begin, Linolafett has been working on a scratch-built version of Circuit Gilles Villeneuve, and has made good progress so far. A 0.3 version has been released, and so far, community impressions have been positive. Hopefully as time passes, we’ll see this track flesh out even further. 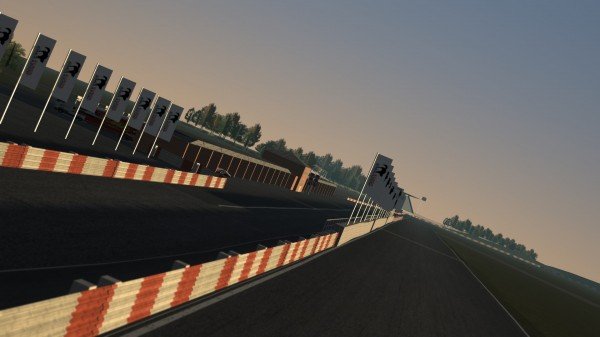 Croft has been ranked as one of the top circuits for rFactor 2, and now Assetto Corsa is receiving its own version! Note that this version is not a conversion, but a scratch built track for AC. Ph0eNix is planning on making 3 configurations, including a Rallycross configuration. A 0.1 version has been released, but it already is starting to look like a finished version. This will be one of the great tracks to look forward to. 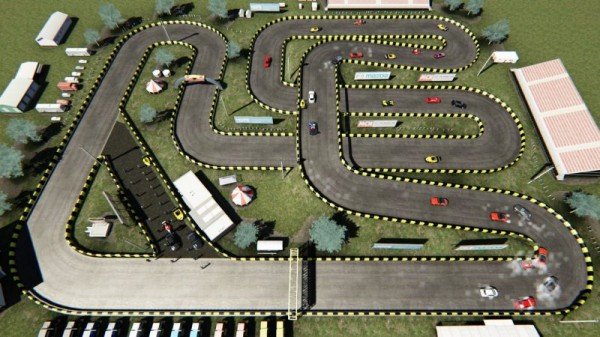 Like the cars category, I’m closing off the tracks with another fun project, this time worked on by Madcowie (Mastermind behind some awesome stuff in rFactor, including the fan favorite Off Road Racing). This time, he is developing a track based off of the arcade game Super Sprint. This will be meant to be driven from a top down perspective, which actually makes it look like a totally different game! I’m stoked to be able to try this out, without losing dozens of quarters.

Apart from what has been mentioned above, there have been some other notable releases:

UnitedRacingDesign has released the Chevrolet Corvette GTE. A collaboration between alless and SandroX has helped bring this car to Assetto Corsa from rFactor. Plans are in place to bring the full EnduranceRacingX mod to Assetto Corsa, which will be payware.

Formula Corsa Modding has released the first car of their 2014 Formula One mod, bringing the Mercedes F1 W05 Hybrid to Assetto Corsa. It is in an early state of development, but is looking good so far! The scratch-built model definitely looks to be high quality, even down to Mercedes’ unique steering wheel.

There is a lot going on in the Assetto Corsa community, but I’ll save the rest for next week’s post. What is your favorite piece of content available for AC? What are you most looking forward to? Let us know!