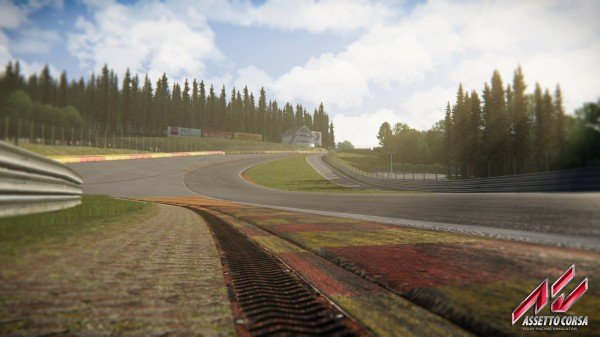 First off, Kunos will be featuring an improved graphics engine, giving new features to make Assetto Corsa look that much better. New features will include (but aren’t limited to) depth of field improvements, god-rays, FXAA, and tone mapping. As you can see from the screenshot above, it will make bring AC to a much higher level of graphics fidelity, and I feel could make it one of the best looking sims on the market. Another thing coming in the release candidate is the migration to the FMOD sound engine. This switch also means that Kunos had to overhaul the sounds for all of their cars, which is no small feat! FMOD will bring features such as reverb, authentic effects, and the ability to incorporate more effects into the sim.

A couple eagerly awaited features will make it into the next couple updates for Assetto Corsa.The Release Candidate build will bring damage, both in visual and mechanical forms, to the sim. The tires will feature an even more advanced deterioration engine, featuring graining, blistering, and even blowouts! With these elements being incorporated into the sim, Kunos has expedited the pit stops feature. While it seems it won’t make it to the Release Candidate build, we can expect to see pitstops in the 1.0 build. It will only be restricted to online events to begin, but they will work it into single player races in a future update.

Another interesting announcement is that Kunos has decided to officially license the_meco’s Shelby Cobra and include it as official content! They had originally intended to release their own version of the Cobra, but after the positive reaction for the third party version, they decided to acquire it and include it in the sim! This I feel is a great testament to the modding community, and the caliber of work that can be put out.

In addition to this latest announcement, RaceDepartment has given their own post on their experiences at the press event in Vallelunga. Kunos recently hosted a press event for Assetto Corsa, giving us more news about the sim. RaceDepartment also has given us the full car and track list, which you can see below.

We had our own Andreas Nie at the event as well, and we will have our own videos covering the event up shortly, so stay tuned and check out our YouTube Channel!

Are you looking forward to the Release Candidate and 1.0 release of Assetto Corsa? Let us know in the comments below!