Kunos Simulazioni has released two new previews on their official Facebook page, showcasing the Lotus T125 open-wheel race car, as well as the Nurburgring Grand Prix Circuit. Kunos has a tendency to post previews of content a couple days ahead of their release, so you can possibly look forward to these new additions in the next update, coming this Friday.

The Lotus T125 was teased by showcasing a segment in the British Top Gear, where Jeremy Clarkson gets behind the wheel of the “Consumer’s Formula One Car”. The T125 is powered a Cosworth V8 that generates 640 horsepower, and is mated to a 6-speed sequential transmission. Despite the heavy duty powerplant, the car only weighs 590kg, resulting in speeds that are on par, if not faster, than the F1 cars of the mid-nineties! Kunos has not commented on the inclusion of a virtual chef with the car. 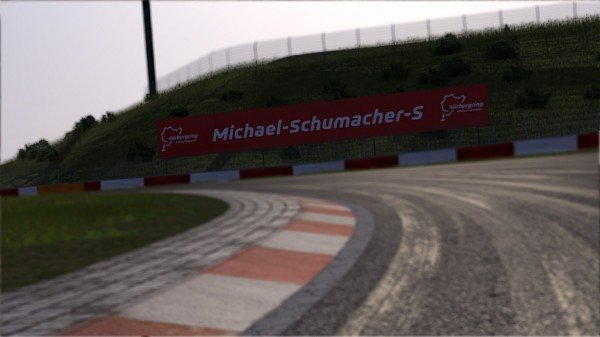 The 3.2 mile (5.15 kilometer) Nurburgring Grand Prix Circuit was built in 1984 to bring F1 back the Ring, in a safer circuit detached from the Nordschleife, which was deemed unsafe for the premier series following Niki Lauda’s crash in 1976. The GP circuit has made for some very exciting races over the years, and now will hopefully bring some exciting racing to Assetto Corsa. The Schumacher-S pictured in the preview is one of the fastest segments of the circuit, meant to be taken flat out and requires a precise line to avoid running off the track.

Assetto Corsa is Kunos Simulazioni’s fourth title, following Netkar, Netkar Pro, and Ferrari Virtual Academy. Currently available as an Early Access on Steam, you can get the title for $39.99, which is 20% of the final price of $49.99, and be part of the development process as the title comes together. The title is expected to come out this Spring.