“No VR no buy” Taken Care of

Of course, the Misano World Circuit, VR (with “no VR no buy” being a cheeky reference to the changelog) and the Bentley do not come alone. Below you can check out the changelog for the whole v0.2 update of Assetto Corsa Competizione.

This build also marks the last build at the price of 24.99€ as you can see below. You will also notice that build 3 is already scheduled in one month’s time, adding another major feature – multiplayer. 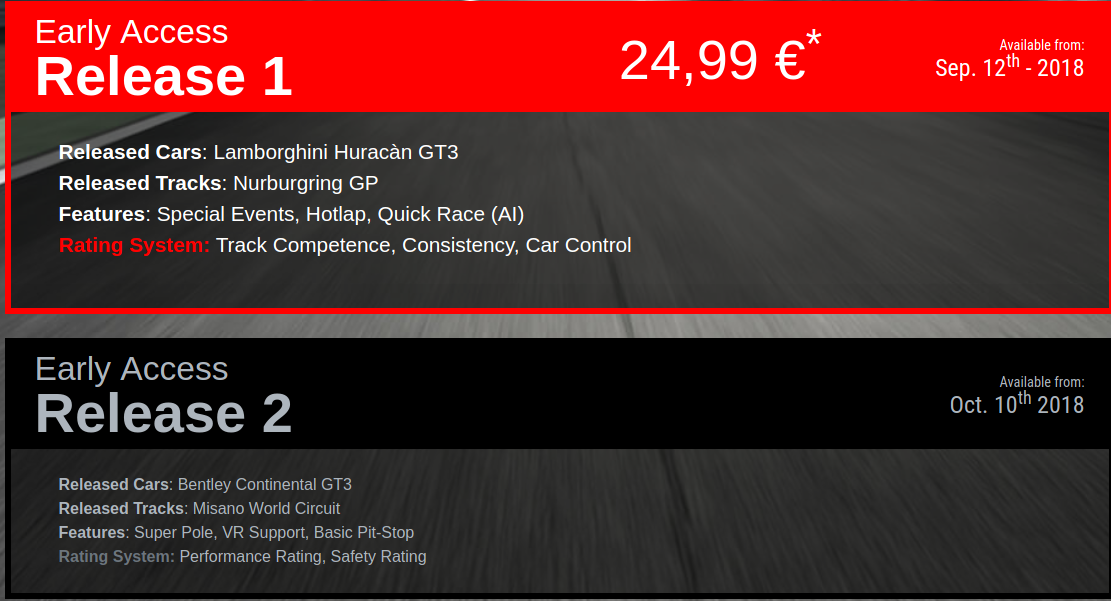 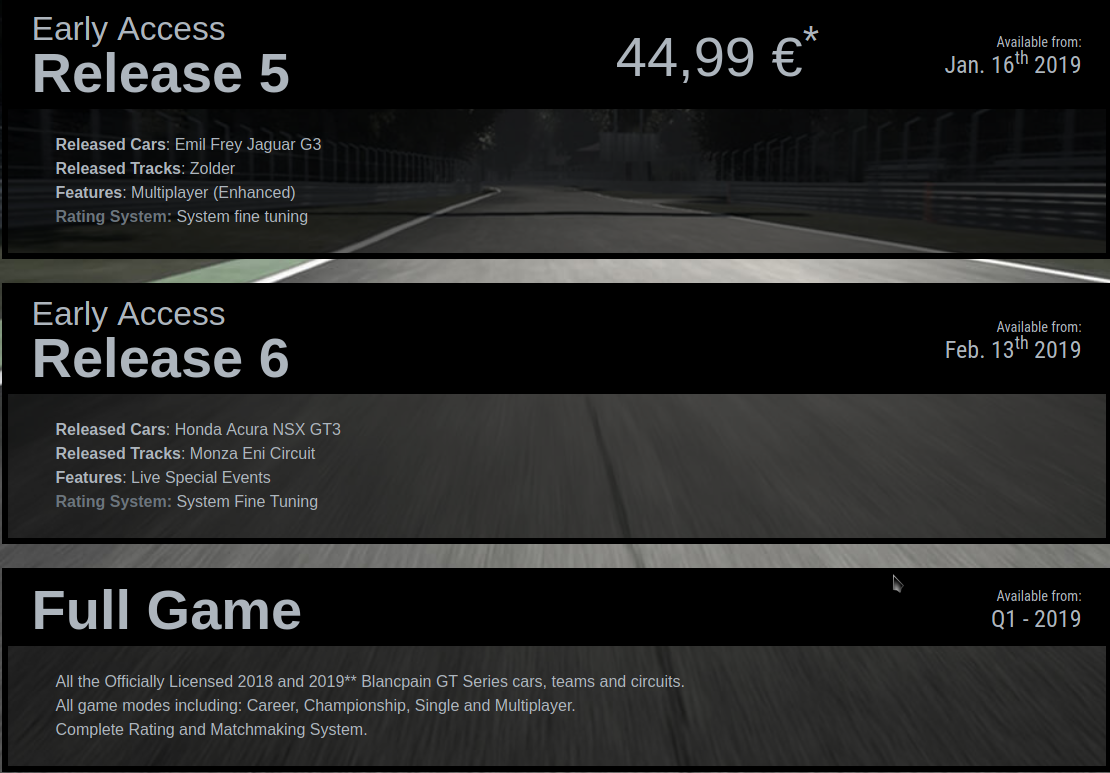 Below are the changelogs of build 0.2 and all the updates released since build 0.1.