Are you ready, for some down and dirty racing? We are kicking off our new segment, Thowback Thursdays, with Microsoft’s Monster Truck Madness 2. While not really a sim, it is still widely regarded as one of the greatest monster truck racing games of all time! 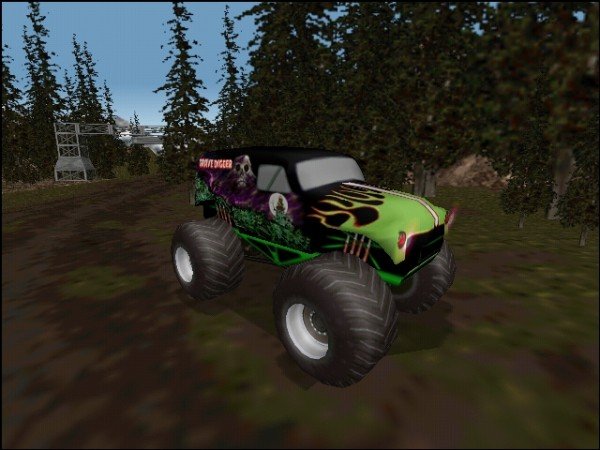 Monster Truck Madness 2 (also known as MTM2 and by its codename “Metal Crush 2”) was developed by Terminal Reality Inc. It was released in 1998 on PC and ported to the Nintendo 64 in 1999 by Edge of Reality. The title includes 20 trucks and 15 tracks (1 course is unlocked by reaching a secret location on one of the circuits).  The trucks feature names such as Bigfoot, Grave Digger, as well as trucks based on WCW wrestlers such as Hollywood Hogan and Brett “The Hitman” Heart.

MTM2 also features a wide variety of tracks, ranging from short circuits to extended rallies (still closed circuit so you can run multiple lap events), and even “Summit Rumble” King of the Hill-style arenas, where you can duke it out in a demolition derby style event. With the races, the default for circuit are 3 laps, and 1 lap for rally, and you can adjust the length of the races to fit your personal preference.

The game features support for a gamepad or steering wheel and pedal set, but may need some Xpadder tweaking to support current sets. MTM2 also features a visual damage engine, an addition to the original title. The title also features races with up to 7 opponents. 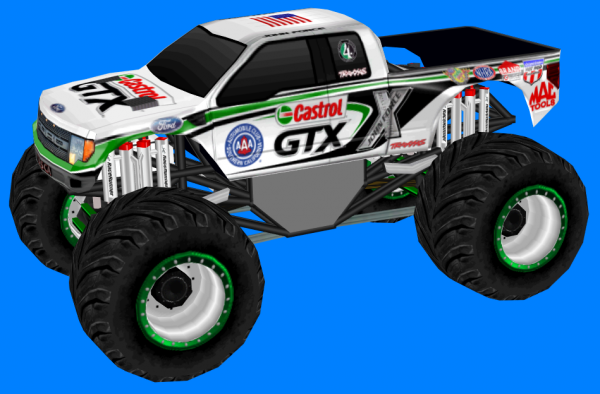 One of the biggest draws as well to MTM2 is the post release support. If you go to MTM2.com, you can find thousands of trucks and tracks available to download (however, the title is limited to 100 add-ons at a time), including current year Monster Jam trucks and tracks. The modded trucks and tracks also add a new level of graphical fidelity to the title, featuring more realistically modeled suspension components, even seeing the engine in vehicles! There had also been some vehicles that attempted to do more accurate physics. While the modding community has largely migrated to the Rigs of Rods platform, the simple fact that in 2014, nearly 16 years after the games release, that original content is being developed is simply amazing!

The greatest thing about this title? It is now available for free, from this site. You click at the bottom-right link that says “Monster Truck Madness 2 – The Game” and it will download an ISO file. For information on how to mount an ISO file, you can check out this tutorial.

Have you guys ever played this game? Have any fond memories of “Doing it, in the air?” Post your thoughts in the comments below!